Splunk (opens new window) is software that enables monitoring, reporting and analyzing of real-time data to deliver operational intelligence for security, IT and business.

# Working with the Splunk connector

This action lets you run an ad hoc query in your Splunk instance, from a Workato recipe. We cover the input fields in this action in the following segments:

Every Splunk query has an expected response. When working with Splunk queries on Workato, you will need to define this response as output schema for the function being called. This output schema defined will be used to build the output datatree for the action. This datatree allows you to map the variables returned from the Splunk query in subsequent recipe actions. 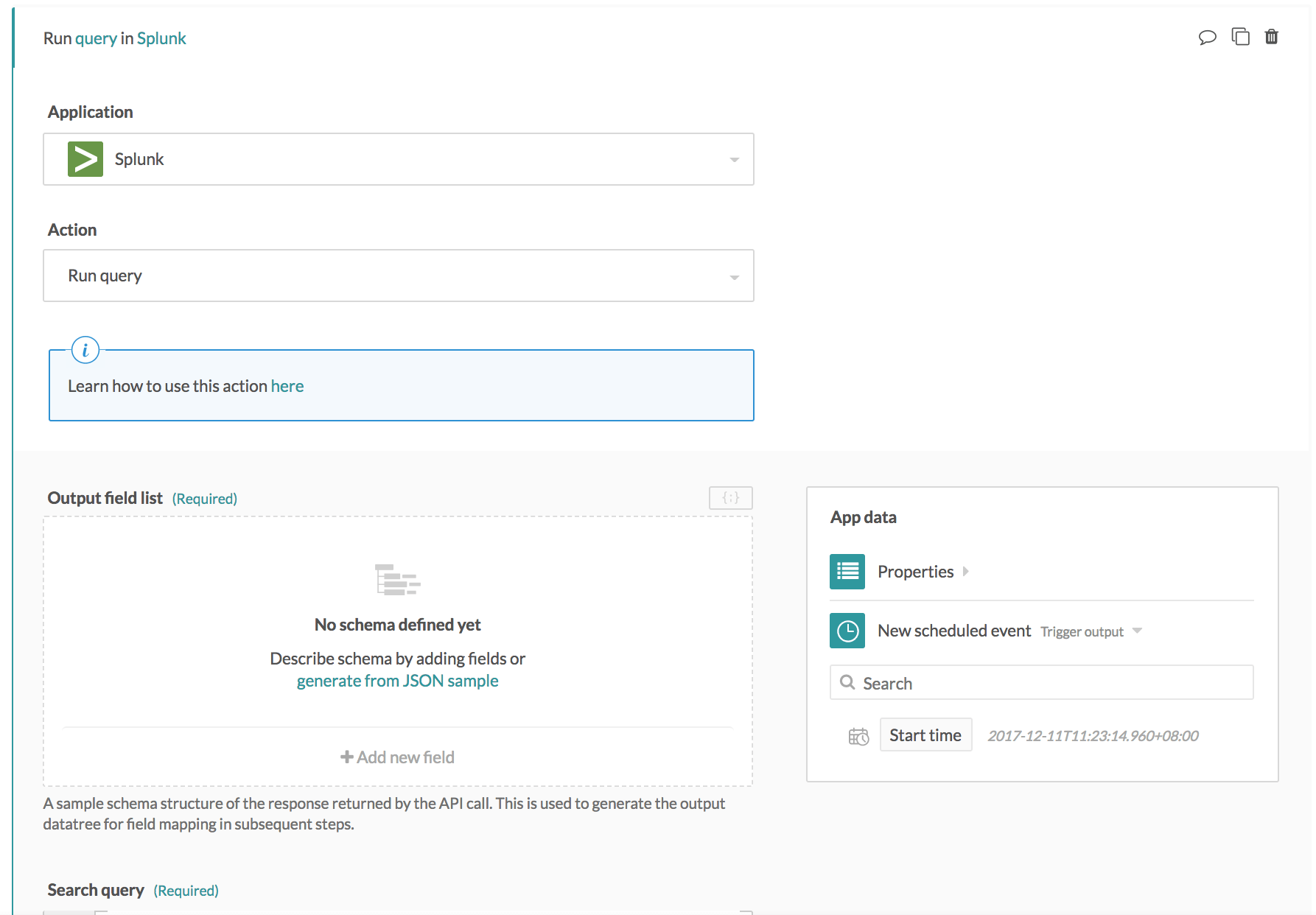 There are 2 ways to define this output schema:

Click on + Add new field to bring up the following schema designer widget. 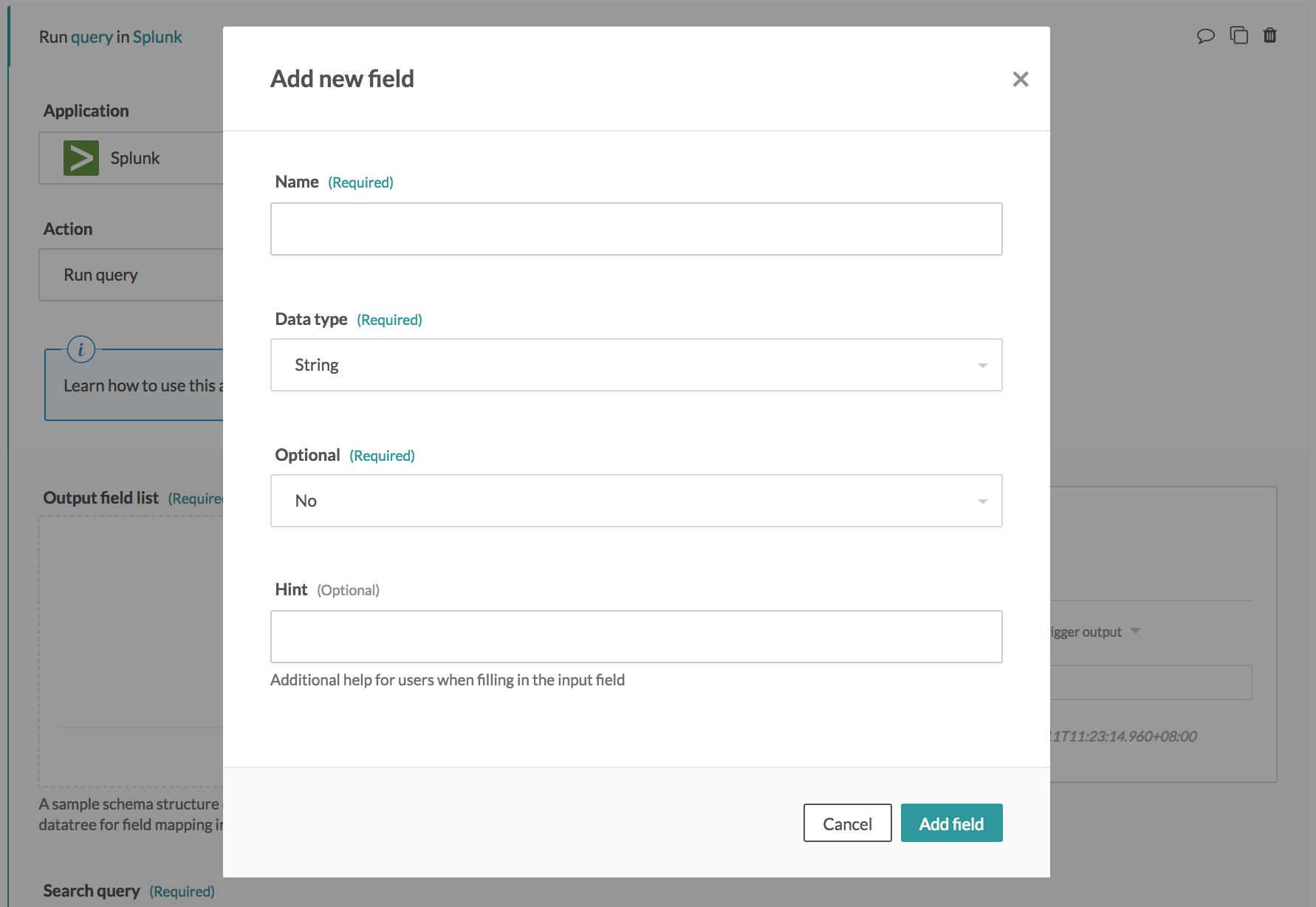 Define the field name and type for each field returned from this search. Click on Add field to update the output schema with this new field.

Click on generate from JSON sample to bring up the following schema designer widget. 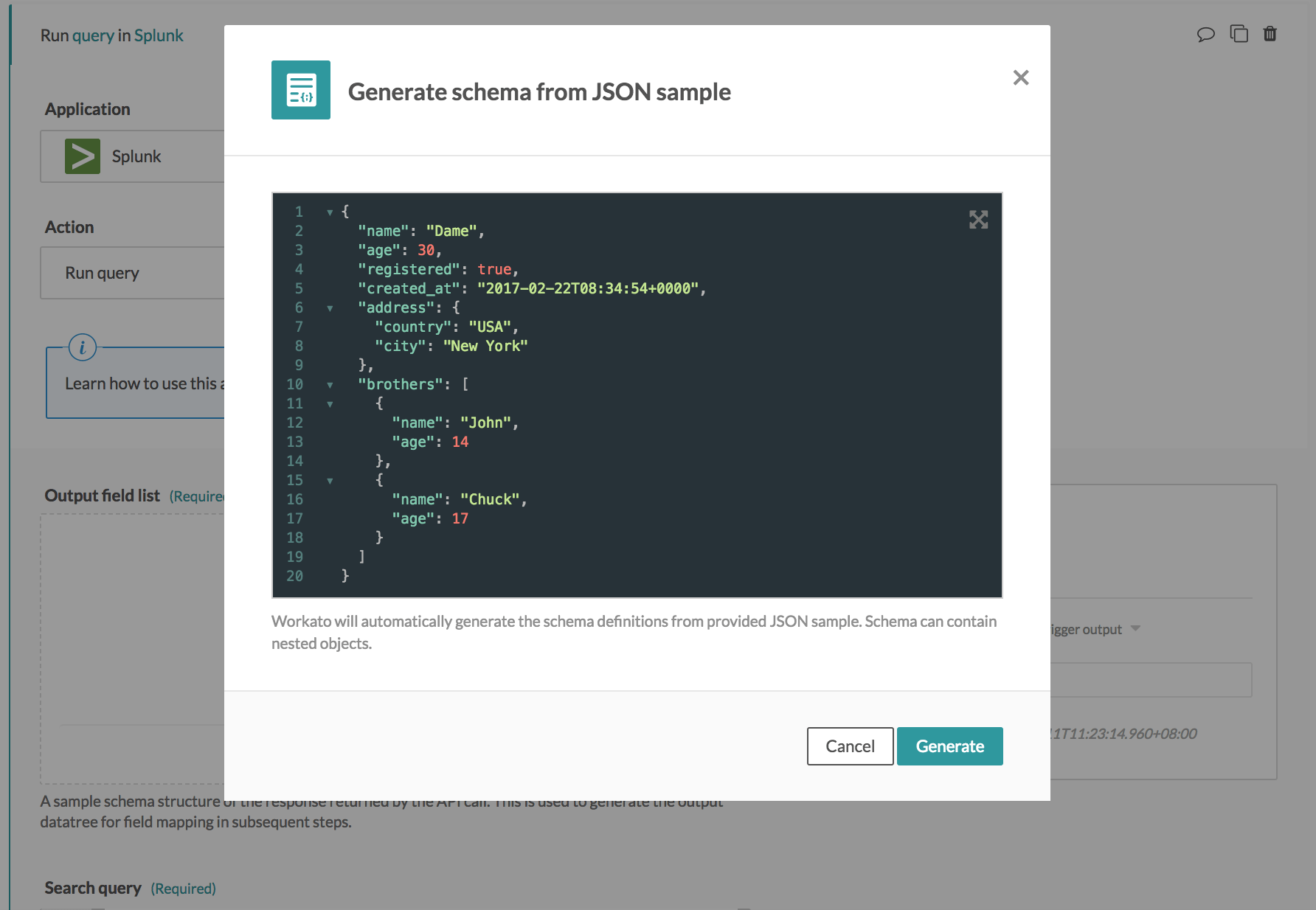 If you have a sample JSON response for your query, you can simply paste it in the widget to generate the output datatree. The schema will be automatically generated into the Workato schema definition structure. An example JSON is as follows.

Provide the Splunk query to run here. Refer to the Search Tutorial (opens new window) by Splunk for more details.

Events stored in Splunk are saved together with its timestamp (time when the event occurred) as the default field _time in UNIX time notation. Search queries generally contain a time period earliest or latest, in order to search for events with timestamp beginning/ending, or between the specified timestamps.