In cases when there is an error in your latest version, the debugger console will be hidden instead. Fix the error in the line of code stated so you can start testing again.

Debugger console when there is a syntax error

Find out more about configuring a connection in our SDK and what connection types we support. Learn more through our guides.

After establishing a successful connection, you'll be able to test any actions and triggers you have defined using the debugger console. 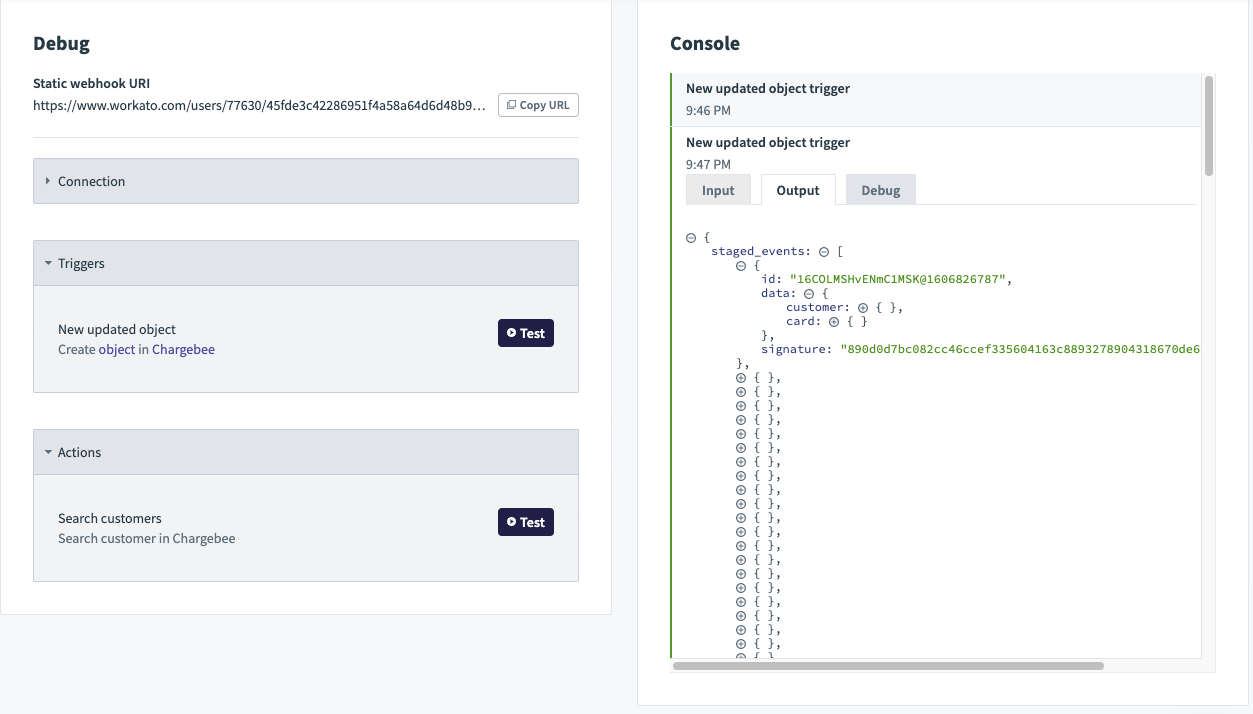 Output of the execute block shown in the console

Besides the input and outputs of the action or trigger, you'll also be able to see the network activity triggered such as any API requests sent. The console tab shows the result of any puts ruby methods that were executed during the test. This is especially useful for debugging and shows even if the test was unsuccessful due to a logic error in the action or trigger.

In the event of unsuccessful tests, the debugger console would feature red accents and also feature an additional tab called error. In this tab, you would be able to see the error message raised due to the logic error as well as the exact line of code that causes our framework to raise this error. In the event that the line of code was raised in a block other than the execute block, we also provide a trace of the lines of code called that lead up to the final error.