To use this feature, you first need to add the slash command custom integration to your Slack workspace.

This custom integration will work in conjunction with Workbot to execute your recipes.

# Adding the Slash Commands custom integrations to your Slack workspace

Select Add Configuration. Key in the name of your slash command. Slash commands should be named after the function it performs, for example,

Next, select Add Slash Command Integration. You should now be at the Slash Command settings page. Scroll down to Integration Settings. Under Token, copy the value in the field for example, UtsZHLeOKI4S7zqkG3YngwI1 - we'll need this when configuring the Workbot connection in Workato. Keep this tab open - we'll come back to it later. 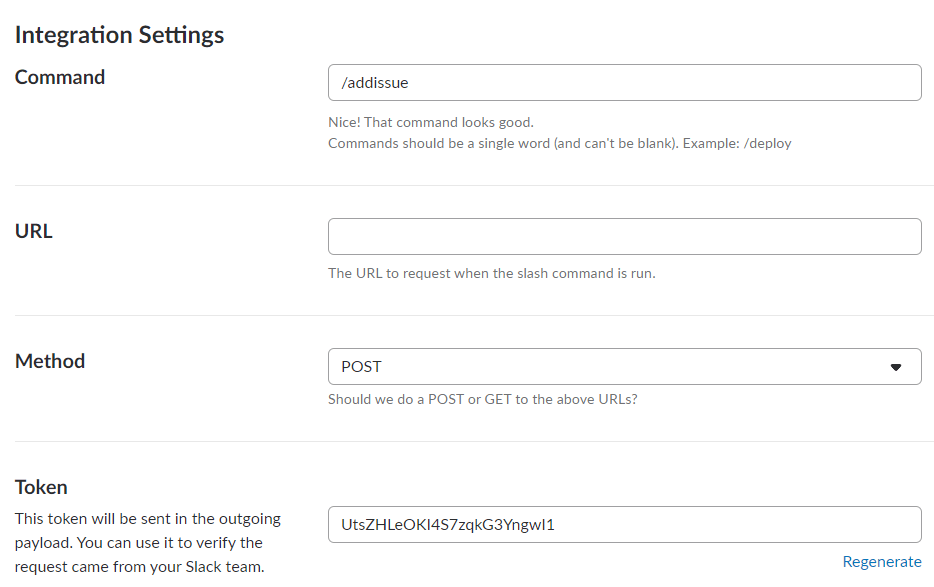 From your Workato account, go to the Workbot connection you want to use slash commands with. Under the Advanced group, paste the Token value you copied earlier into the Slash commands verification tokens field. Click Connect and authorize the connection. 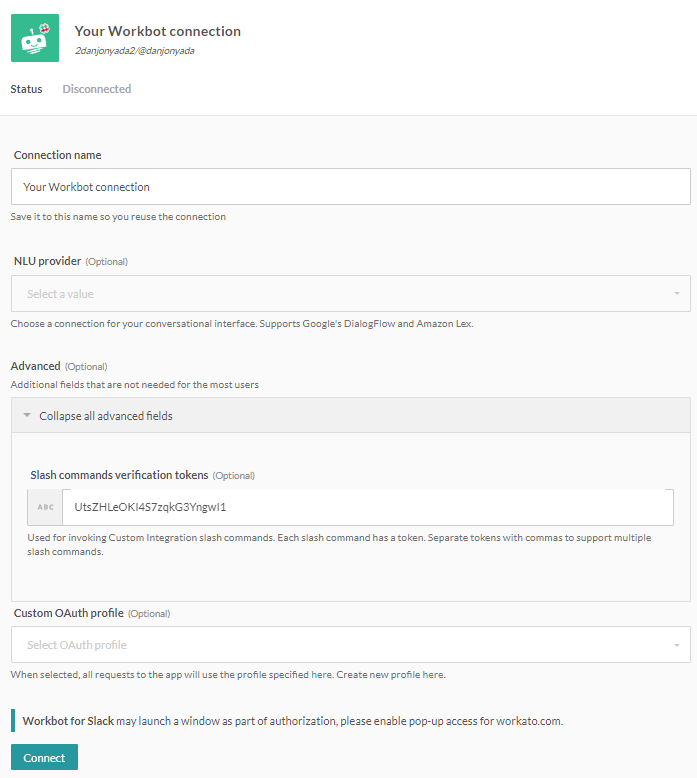 To get started, fill in the post command trigger fields as you normally would. Next, move on to the slash command configuration group.

Toggle whether to enable slash command for this command trigger. When set to 'Yes', command can be invoked using a slash command.

This is the name of your slash command. Slash commands should be named after the function it performs, for example,

Slash command actions must start with a slash and contain no spaces. This slash command will also need to be created in your Enterprise Workbot in Slack, but we'll get to that later.

When slash commands are invoked from Slack, Slack will require a URL to send requests to. This request URL is generated by Workato, and will be needed when setting up your legacy slash command in Slack (we'll get to that later).

After Enable slash command is set to Yes, and a valid Command name is keyed in, then a Request URL is generated in the help box at the top of the post command trigger. 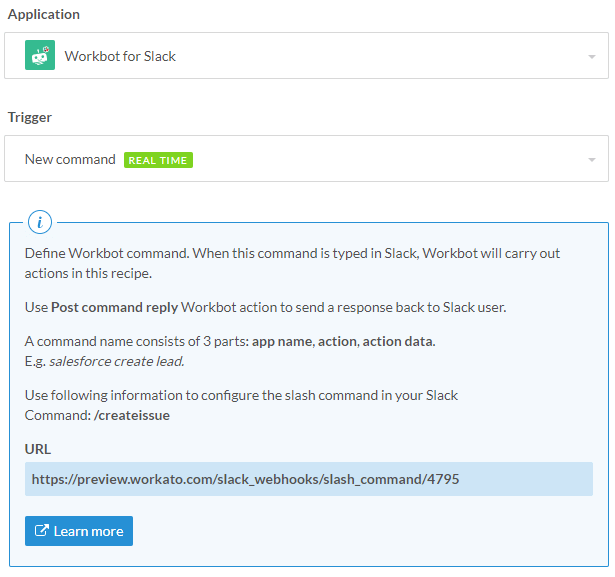 If set to 'No', the command input fields will be collected from conversing with the user.

If you've defined command input fields in your post command trigger, you can pass them into the slash command when you invoke it.

where name is the name of the command input field and value is the value of the field.

For example, in the JIRA create issue recipe above, we've defined Title and Description as command input fields. We can pass the respective values to the slash command invocation like so:

The trigger should now have all the info required to create the slash command in Slack.

Continuing from where we left off earlier (you kept the tab open, right?), you should now be at https://your-workspace.slack.com/apps/A0F82E8CA-slash-commands (opens new window), under Integration Settings. 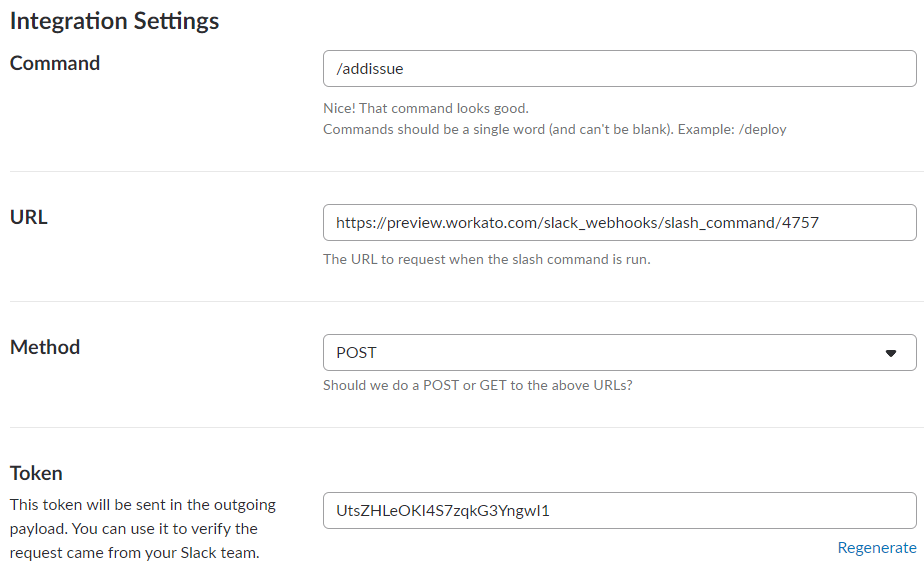 Next, scroll down to Autocomplete help text. 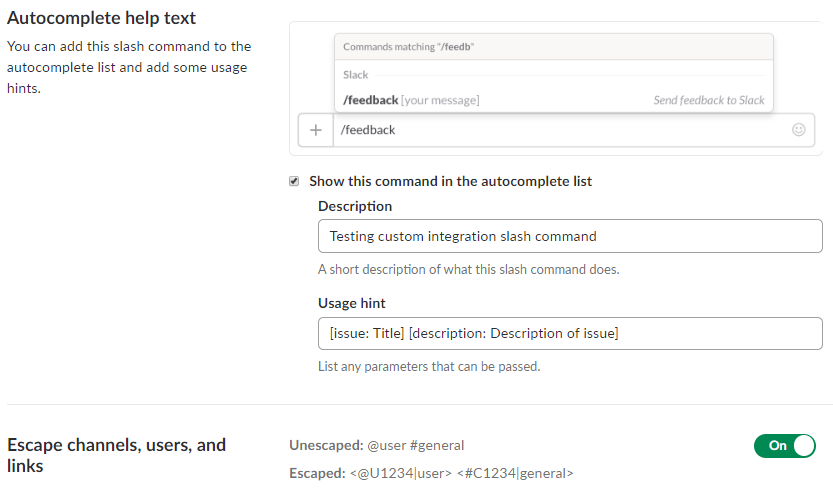 Try it out! Head to your Slack workspace and invoke the slash command to trigger your Workbot recipes.