When you start building a recipe, the first step is establishing a connection between Workato and an app.

Each connection is associated with one instance of the app, such as a user account, and can be re-used across recipes.

In this guide, we'll cover:

# Who can create connections?

To create connections, you need the Create Connections privilege.

Refer to the Creating connections section for instructions.

Workato typically uses the app's authorization/authentication API to establish the connection, using one of the following methods:

As part of this step, you provide Workato with the permission to access data from the app. The permissions granted to Workato usually correspond with those of the user authorizing the app.

Refer to the connector documentation for your app for more info on how to connect to Workato.

When creating connections, we recommend:

# Creating a dedicated user for Workato

Creating a dedicated app user for Workato ensures that recipes aren't dependent on the account of a human user. If someone leaves the company, recipes will continue to run.

Additionally, creating a dedicated Workato user allows you to tailor the permissions Workato has in the app, thereby reducing security risk.

Apps have different granularity when it comes to defining user roles and permissions. Refer to the connector documentation for your app for more info.

For additional info, refer to the Using connections in recipes section.

There are two ways to connect apps in Workato:

# In the recipe editor

To add a connection while in the recipe editor:

In the recipe editor, click an app from the side menu.

Click the trigger or action you want to use.

Follow the prompts and setup guide for the app.

# In the connection wizard

You can access the connection wizard from a few places in Workato:

Before triggers and actions can be configured in recipes, valid connections to apps must be established.

Typically, you'll have one or two instances of an app - one for production and perhaps another for testing. In a scenario like this, you'd likely need one connection to use across multiple recipes.

When you have multiple instances of an app, multiple connections should be created in Workato. Each connection should authenticate to each instance of the app.

Most connectors only allow one connection per app, per recipe. Should you need to work with two separate instances of an app, you can use Secondary connectors.

The Runtime user connections feature is only available in Callable or Workbot recipes.

By default, recipes perform actions based on the credentials used to authorize the connection. However, by using the Runtime user connection feature, you can swap out connections when a recipe runs.

On occasion, app connections can become invalid. These are the most common reasons:

If you encounter an invalid connection error, we recommend: 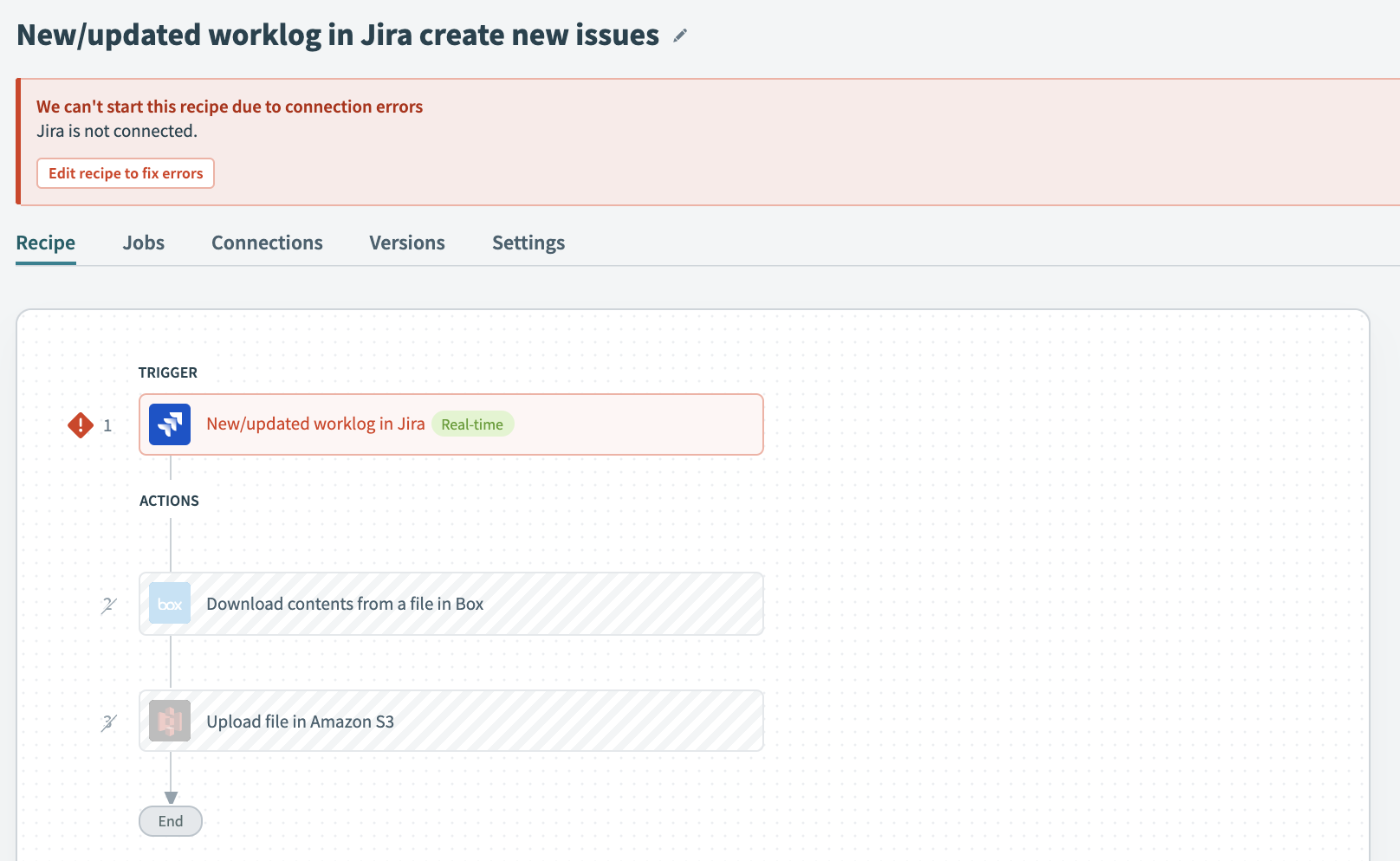 ← Projects
Triggers →
On this page