Workato's Dropbox connector enables you to automation around Dropbox and connect with other applications.

# How to connect to Box on Workato 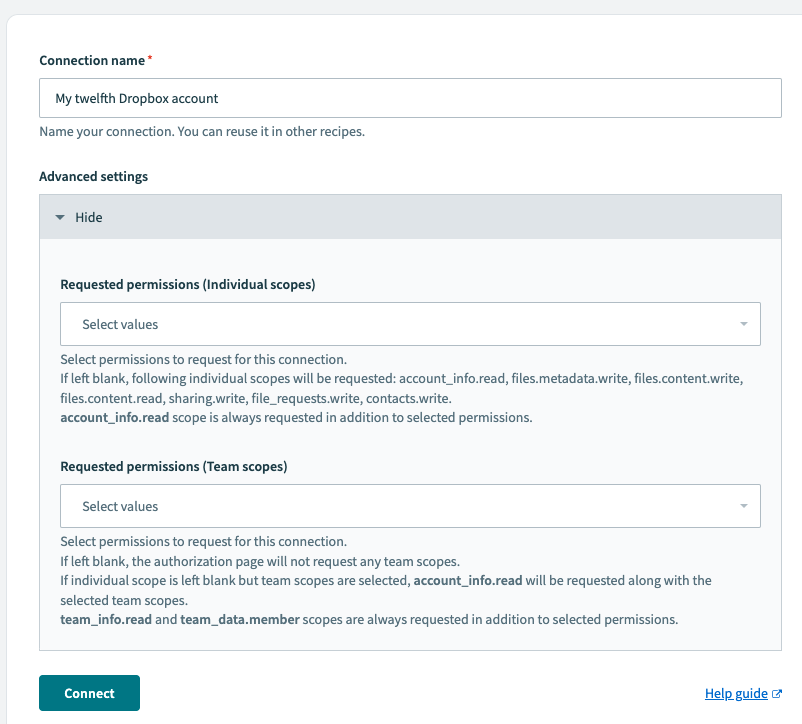 The Dropbox connection provides the capability for our users to select both individual and team scopes that they want to use with the connector.

The connector by default will function with a minimal scope just to test the connection and users can add scopes to it according to the actions/triggers which they want to use in the recipe by choosing the respective scopes under advanced settings as seen above.

The Dropbox connector uses OAuth 2.0 authentication to authenticate with Dropbox. When prompted, follow the on-screen connection instructions and login to your Dropbox account to connect. 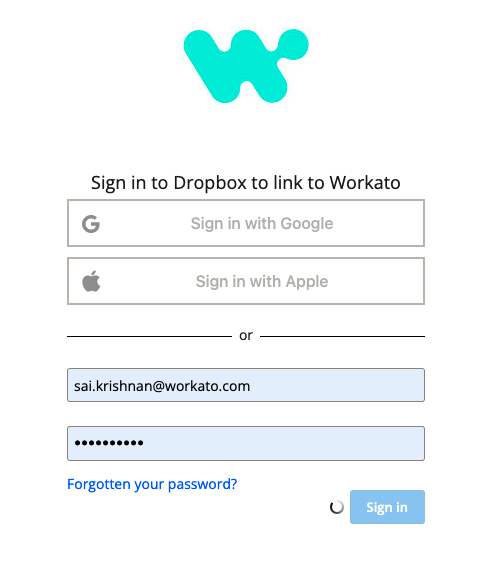