JSON (JavaScript Object Notation) is a syntax for storing data. It is perhaps the most popular and widely used data format in the world of APIs. JSON is based on name/value pairs and arrays, put together in a simple format which makes it highly readable and easily transmitted.

JSON is mostly hidden from regular Workato users because we expose data as input fields and output datapills in the recipe. However, you may occasionally handle raw JSON data in your specific workflow automation.

Let's use this sample JSON as an example - an array of contacts:

The easiest way to convert raw JSON content into useable datapills is to parse it with the built-in JSON parser. JSON parser by Workato is a native application that does not require any connection setup.

Select App > JSON parser by Workato to get started. 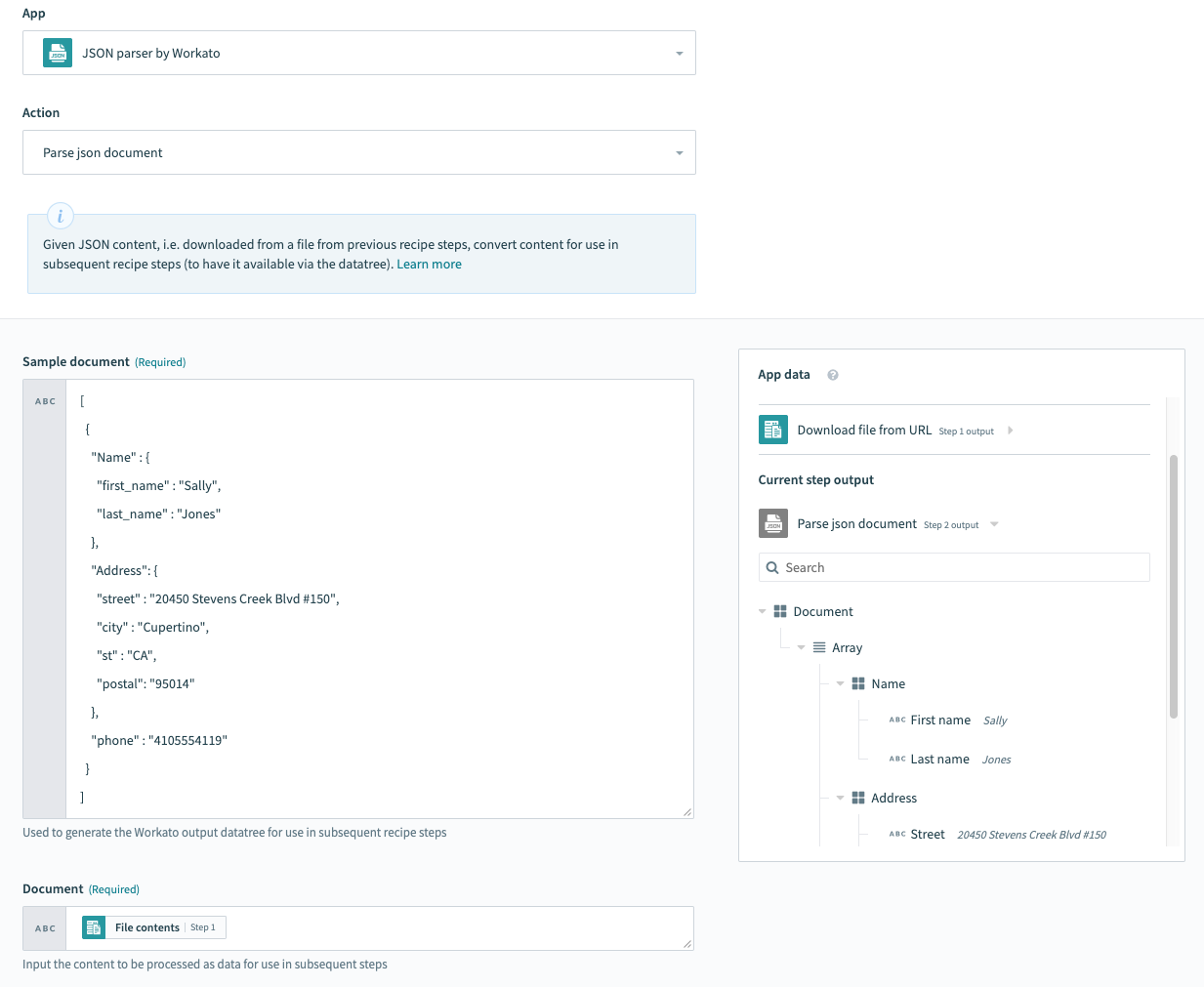 Datapills will be generated according to the JSON format in the Sample document. In our example, an array output is generated, with nested objects name and address.

JSON parser by Workato excels with off the cuff handling of raw JSON data. However, if you will be frequently interacting with such data, it is advisable to customize a more permanent solution with the HTTP connector or Connector SDK.

Refer to our documentation on the HTTP vs SDK for a detailed comparison.