YAML is a data serialization format that is written in a human-readable language. It stores data as key:value pairs in a variety of data types. YAML files are an easy way to store, update, and retrieve data that everyone can understand.

We will go through an example of sieving through a YAML file and retrieving the relevant data. We will be using a sample YAML file of Employee information.

Convert YAML content into useable datapills with the built-in YAML parser. YAML parser by Workato is a native application that does not require any connection setup.

Select App > YAML parser by Workato to get started.

This parser requires you to download the YAML file on to Workato beforehand. You can do so with a connector's built-in download action (e.g. Dropbox) or with File by Workato. 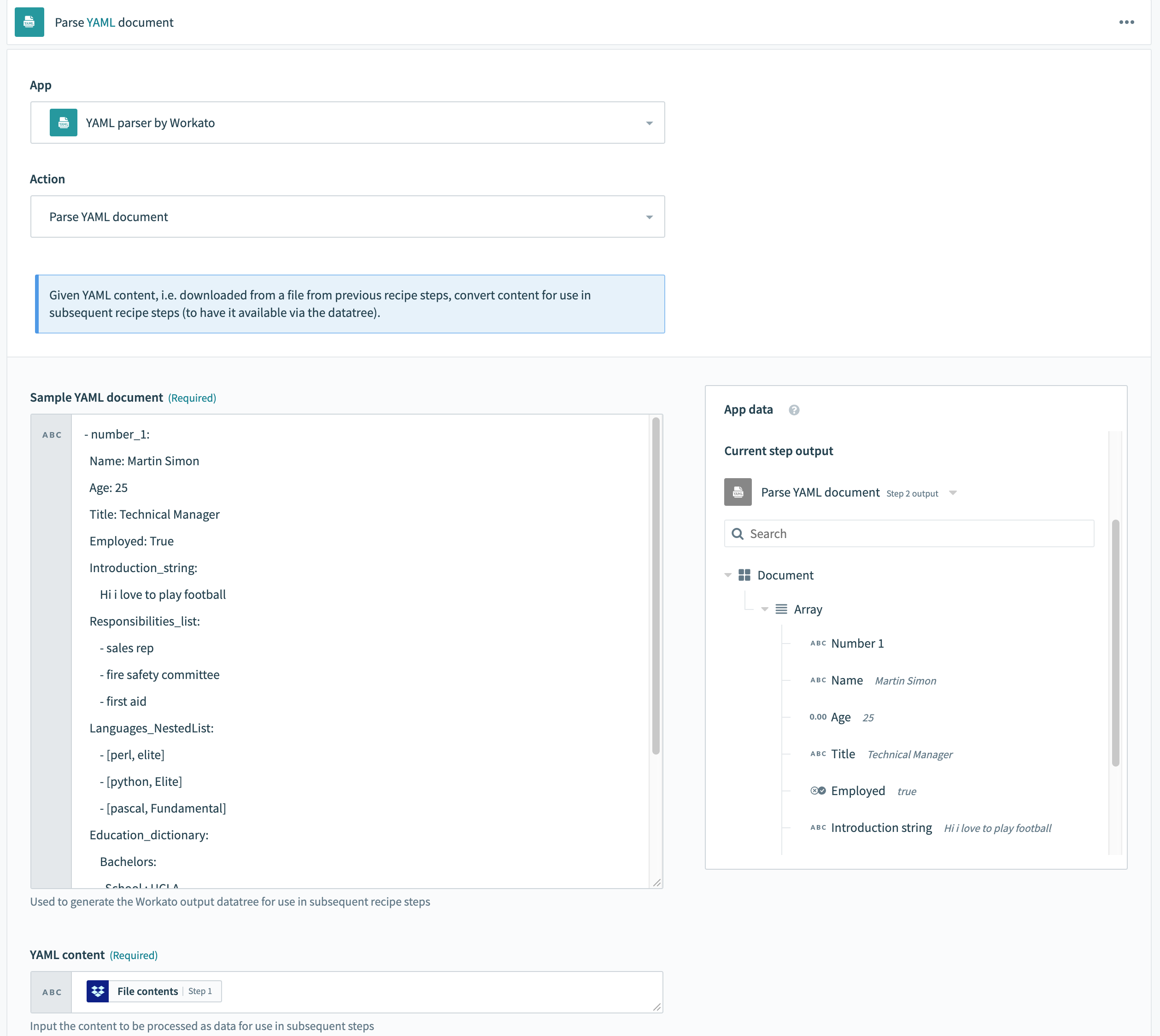 Datapills will be generated according to the format defined in the Sample YAML document. In our example, an array output is generated, with simple datapills (name and title) and arrays (responsibilities list) and nested objects (languages nested list).

Beside formatting entire files in YAML, it is common to use YAML headers for other file formats. They commonly store metadata like titles, authors, and date.

YAML parser by Workato will read through the content between the ---...--- boundaries and return them as datapills. All other file content will be ignored.

For example, you may store YAML in a HTML file:

The recipe will return datapills only for the YAML specified in the action.