Every time a recipe is saved, a version of the recipe is created. Previous versions of a recipe can be restored at any time. Recipe versions can be viewed in the Versions tab and are denoted by their version number.

In the version history view, each version is attributed to the user who made the change (relevant for multi-user team accounts), with a timestamp when the version was saved, as well as the change type associated with that version. 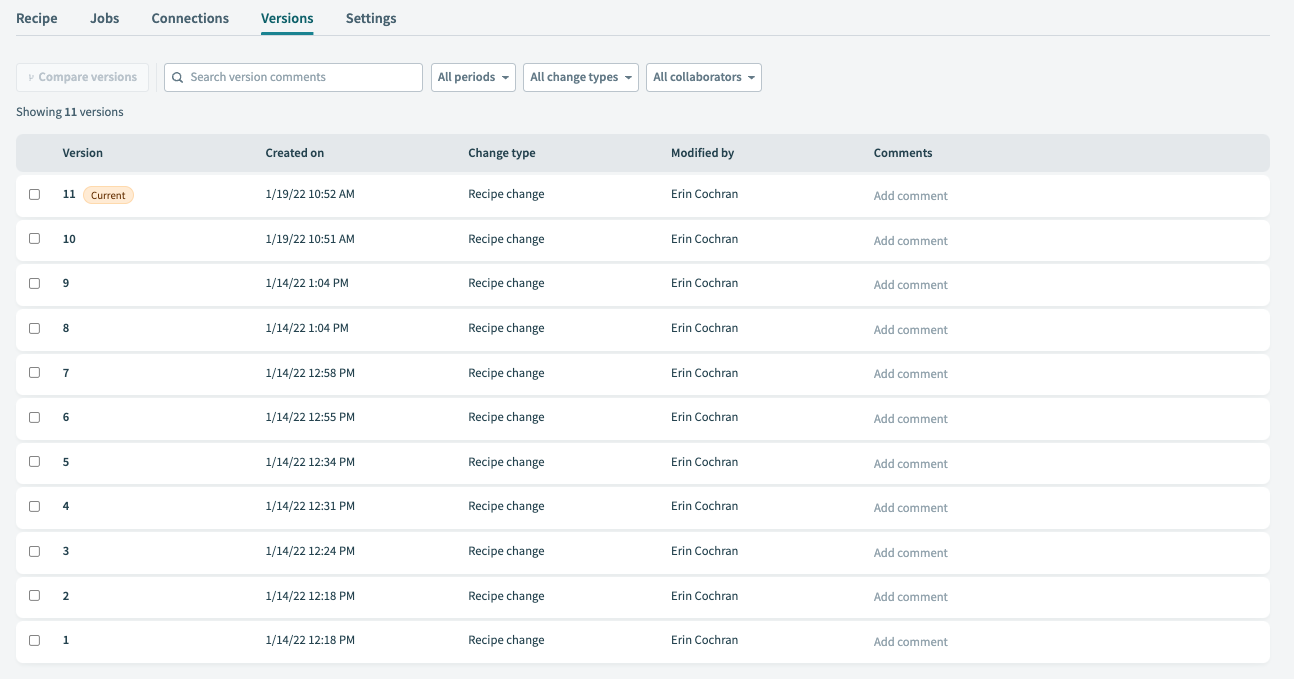 Recipe versions as viewed from the Versions tab

There are two types of changes:

A Recipe change is logged when a user actively changes the recipe. For example, adding, or removing steps and changing field mappings, will create a new version of the recipe when the recipe is saved.

A Schema change is logged when Workato detects that the underlying schema of objects in the recipe have changed. For example, when a Salesforce custom object has a new field added.

Such schema refreshes will automatically create a new version of the recipe.

To restore a previous version of a recipe:

Click the Restore this version button, located in the top right corner of the page:

Restore this recipe button, located on the Version details page

When prompted, click Yes to restore the recipe version.

If successful, the recipe version will be copied and made into the current version of the recipe.