Did you know that you can command Workbot to do things for you from Slack? Workbot has been helping our users perform all kinds of tasks like:

Anatomy of a Command trigger

A command consists of 3 parts; app, action, action data - and can be used to trigger recipes. You can also prompt users for more info if they’re required to perform the recipe actions via Command input fields.

You can find the list of all the input fields for Command below, but for now, let’s focus on App, Action, Action data and Command input fields so we can create our very first command.

In this exercise, we'll be creating a command that triggers a recipe that creates an issue in Github.

We’ll be creating a command that tells Workbot to Create a Github issue”. Because Workbot has built-in Natural Language Understanding (NLU) capabilities, Workbot is flexible with how the command is phrased. You have the freedom to type in the commands in any sequence that's most natural to you, e.g. "create an issue in Github"

In this case, Workbot will need 3 things from the user before he can create an issue in Github: the issue "title", the “description” of the issue, and the “assignee” to assign the issue to. Hence, title, description and assignee are the 3 command input fields we’ll define. Since only name is required here, we’ll skip configuring the others for now.

How your command should look like at this point: 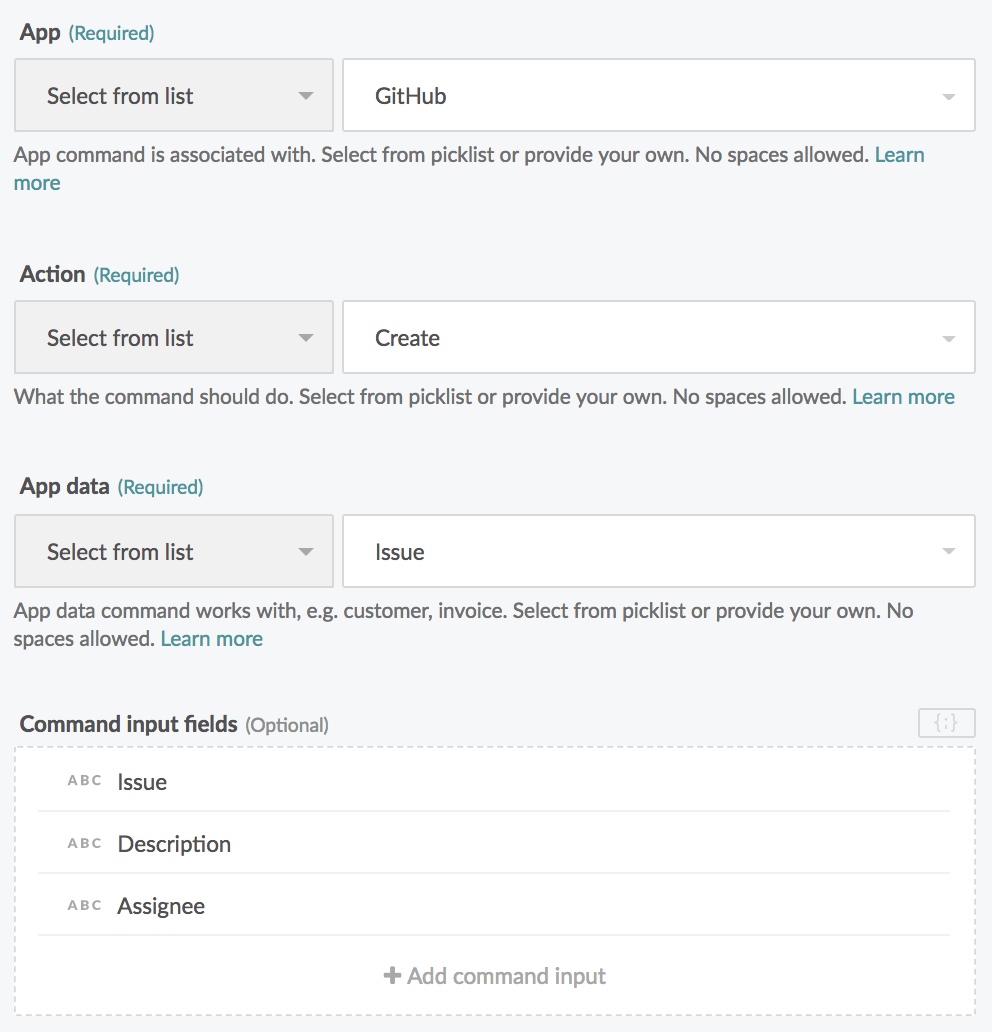 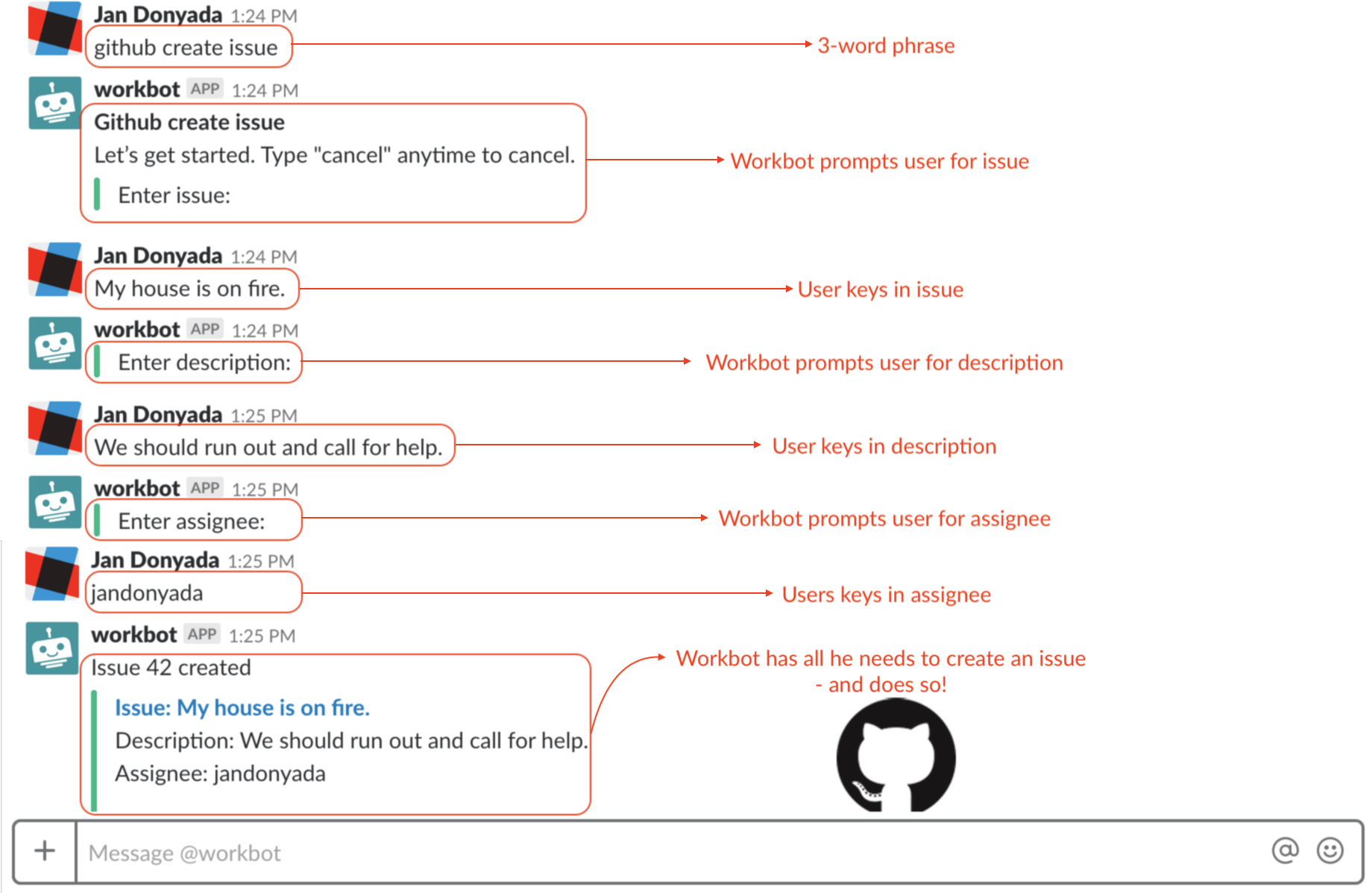 Command will also provide you with a set of datapills that hold additional info about the command e.g. the user making the command, the channel which the command was made it, etc. The following table details these datapill variables:

And with that, we're done configuring the command! Now it’s time to add a series of actions to this trigger. Remember, we’re trying to get Workbot to create an issue in Github from Slack (link to the top), so we still need to create action steps in the recipe to do that. Next, we'll take a look at how to create a Command Reply.