The people task feature enables the addition of human approval steps within the recipe. Complex tasks requiring human judgement can be directed to an approver, then subsequently redirected based on whether the task was approved or rejected.

# Using People Task as an admin

People Task feature is enabled only for certain users. Reach out to Workato sales representatives at +1 (844) 469-6752 to find out more.

For Workato accounts with People Task feature enabled, team owners are able to view the People Task option in their 'Tools' page. Click on 'All Tools' and then on 'People Task'.

If accessing People Task for the first time, the People Task account needs to be configured. Provide a unique subdomain and customize the site for People Task approvers.

The following portrays the configuration for Workato Demo Inc. in the People Task setup screen. This configuration can be changed after the initial setup.

Task requesters and approvers should be added as People Task participants. Provide their names, emails and optionally provide an avatar for them.

The following recipe triggers on new hires in BambooHR and sends a People Task approval task from John in HR to Jill the payroll manager. An email notification should be sent to Jill to inform her about the new task pending her approval.

If the task was approved, the recipe proceeds to stage the new hire's details for uploading into ADP. If the task does not get approved, however, the recipe would stop with an error to flag this particular job for troubleshooting - as all new hires should get recorded in ADP.

In the People Task step, there are several fields to take note of: 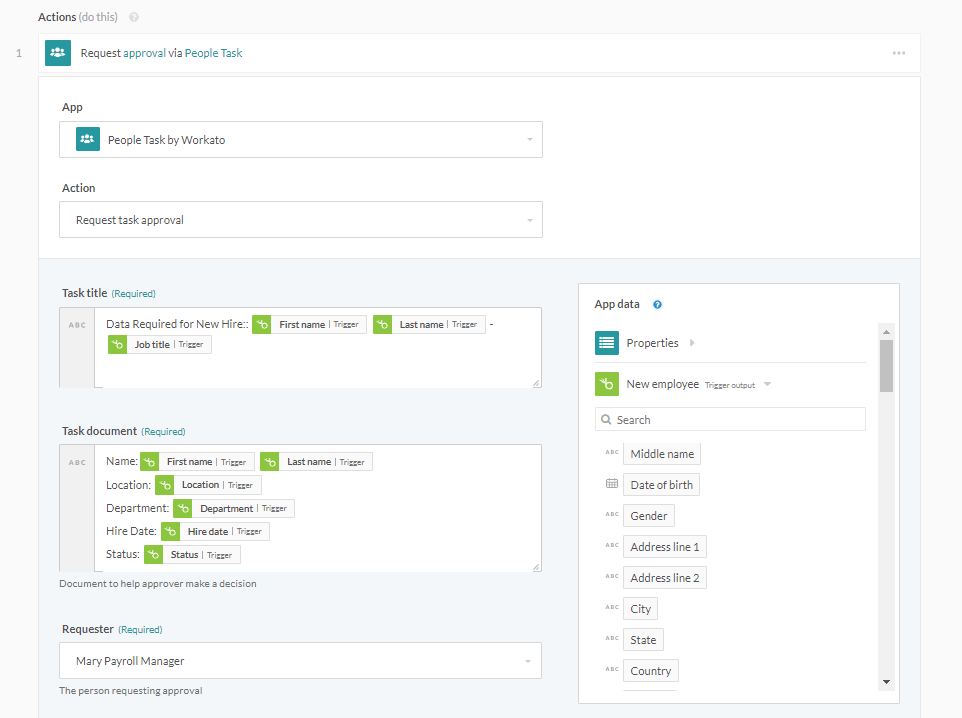 Title of the task, as viewed from the summary list of tasks.

Presented as a table of relevant data for the approver in deciding whether or approve or reject the task.

Select the user sending the task from a list of users.

Select the user approving the task from a list of users.

Select the number of days the approver has to make a decision.

Optional notes from the requester to the approver.

Optionally used when the requester wishes the approver to provide additional data. Fields to collect should be defined in the following format.

From the approver's view, these fields will show up in the task as follows. 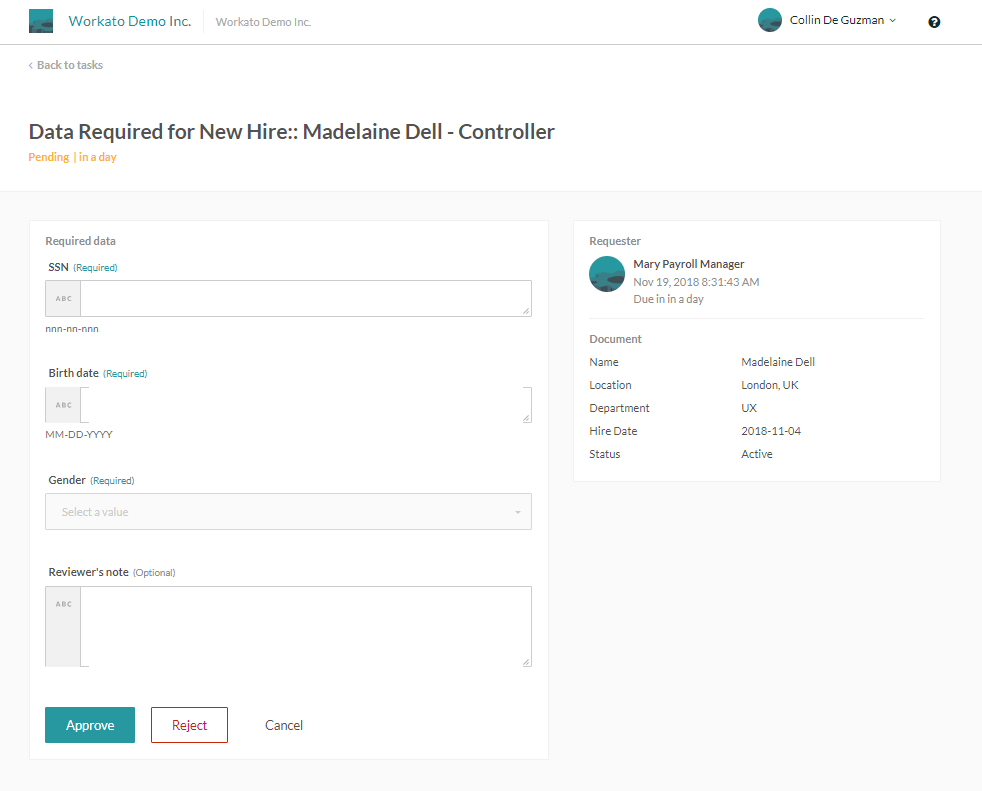 Preview of how People Task requests shows up for approvers

# Using People Task as an approver

The approver has to login to the People Task portal to view the tasks pending their approval.

List of requests that approver has to review and approve/disapprove

As the approver, review the document sent and provide any data requested by filling in the fields. Required fields would be marked as such. All tasks will provide the approver with the option of adding an Approver note.

Subsequently, approve or reject the task. The recipe will resume the job to carry out further recipe steps. Once a task has been approved or rejected, it can be found within the Completed tab. 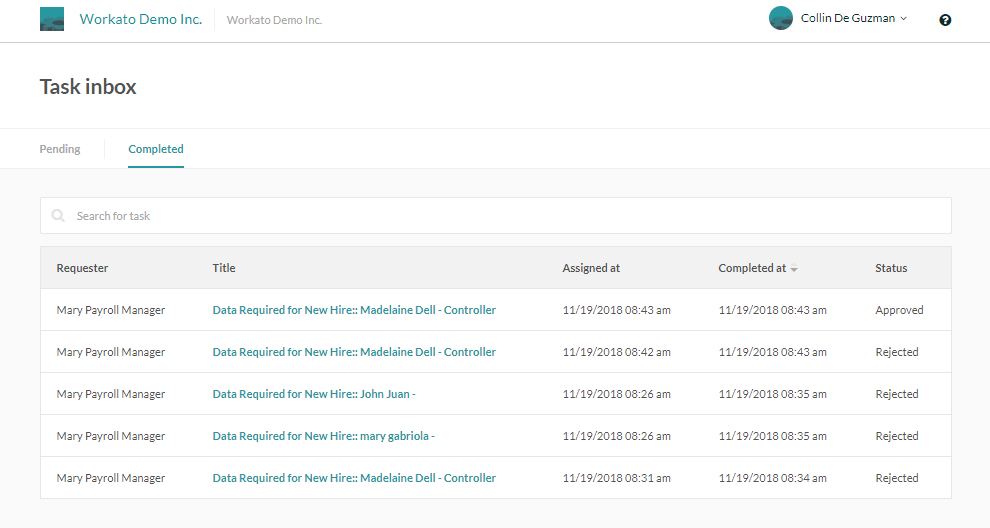