Typically, 1 Workato job processes 1 row of data or 1 record. Batch processing simply means that 1 job processes multiple rows of data or multiple records. This will increase speed and data throughput when you move a large number of records from one app to another.

Let's look at the example below to understand the concept of batch processing (or Batching). 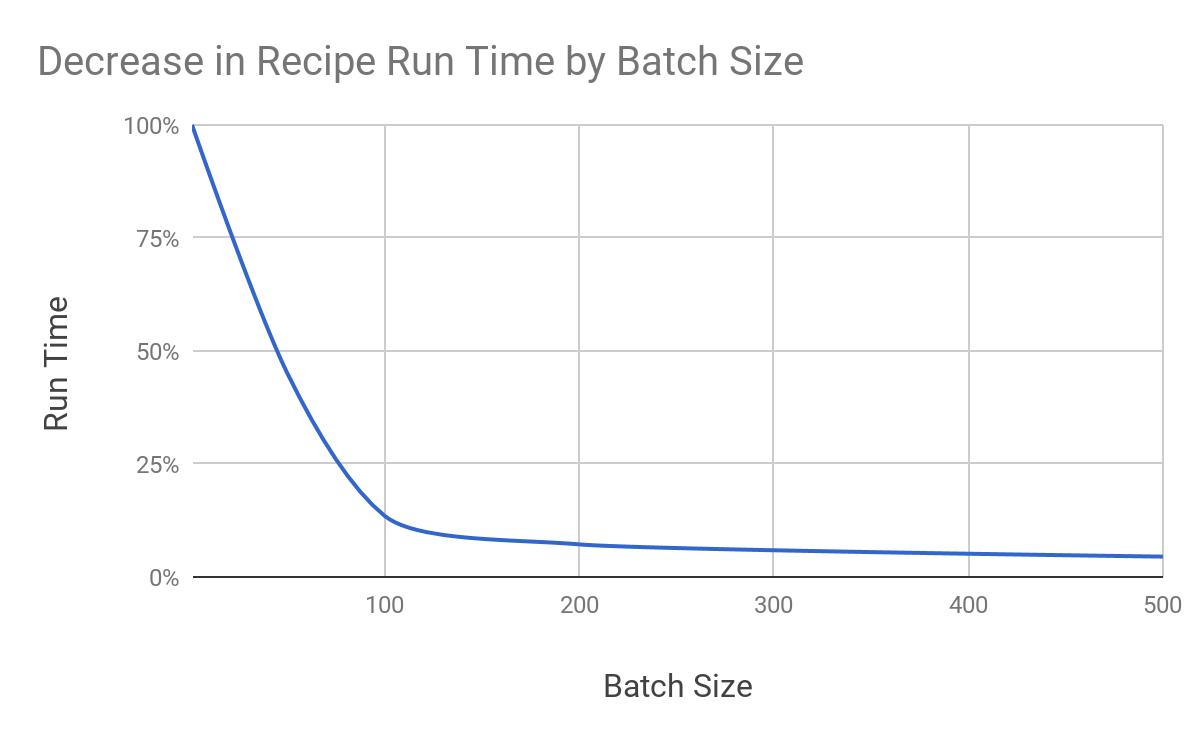 Example of a Batch trigger

Example of a Batch action

The Salesforce batch trigger has a default value of 100. In this case, each trigger event will contain a maximum 100 account records. 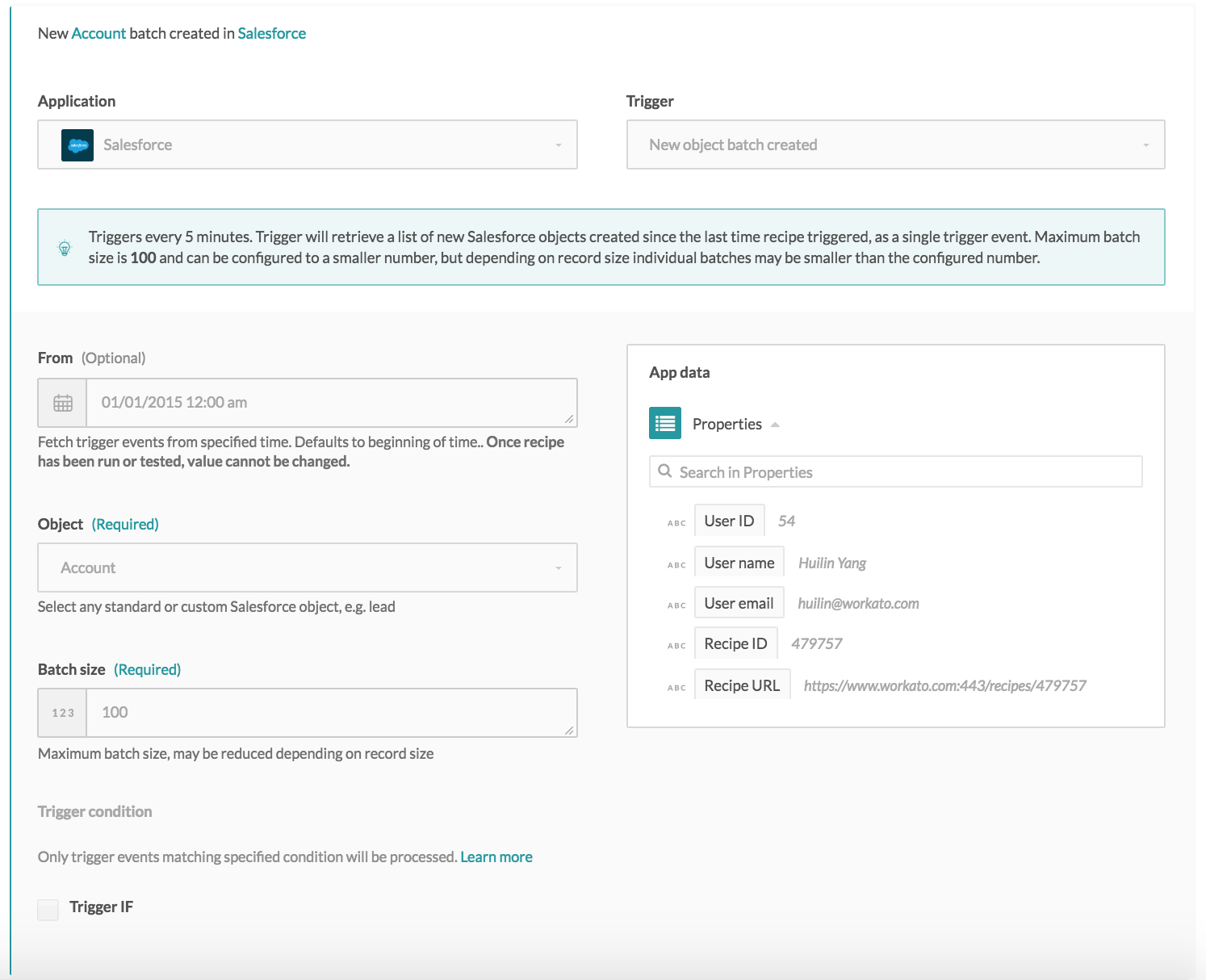 Batch trigger with a batch size of 100

The job details for each trigger event will contain the specific details of only the first and last record in the list.

For example, when the following recipe was first started, 843 records were fetched from Jan 1, 2015, midnight PST. These records were broken up into 8 trigger events of 100 records each, and 1 trigger event of 43 records. The next poll, 5 minutes later, fetched only 2 new account records created. 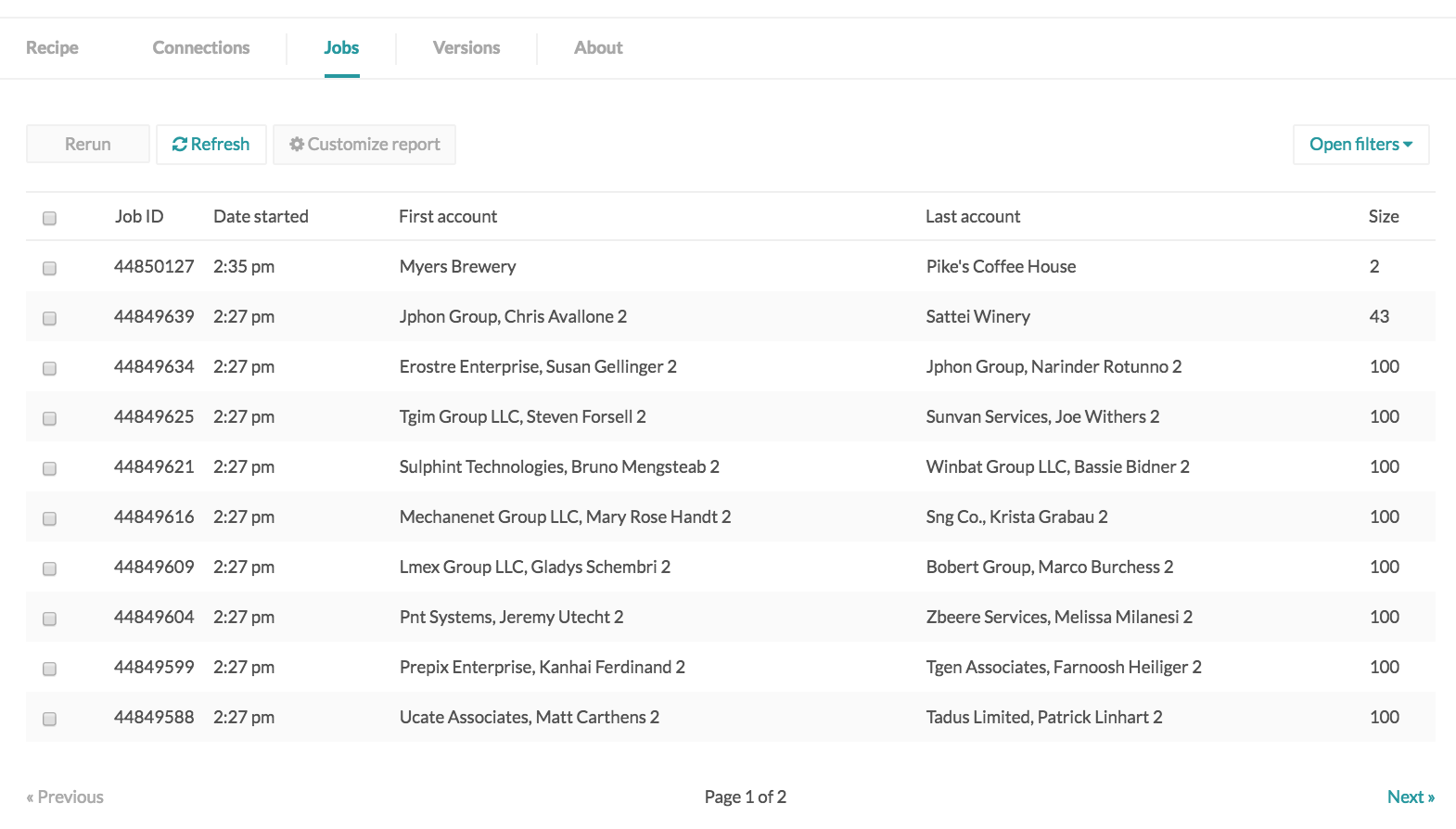 The following is an example scenario that imports new products from a Box CSV file into Salesforce via the Bulk insert action. 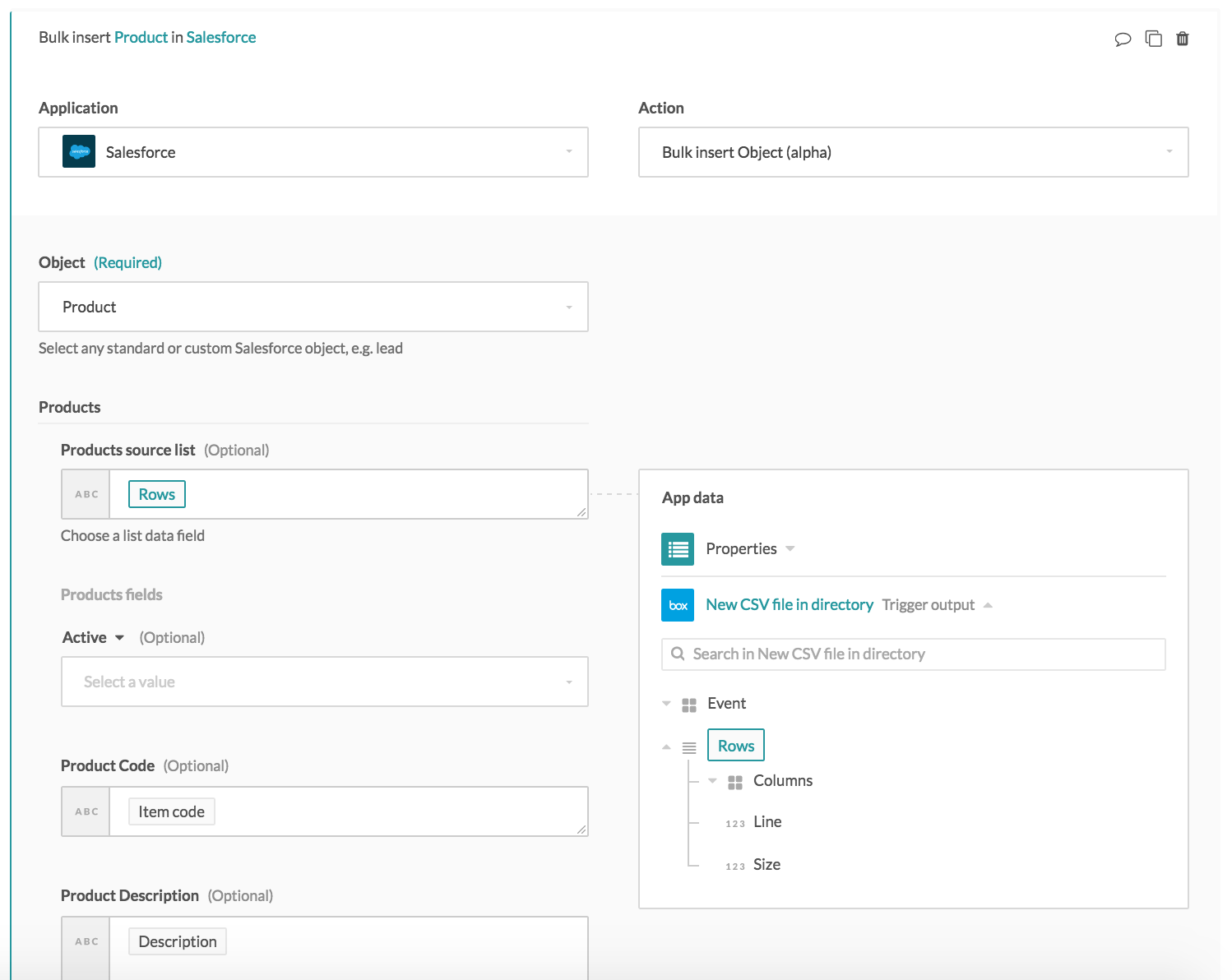 For the list object passed into the input source list, the list will be transferred from the source app to the target app, with the values being transferred based on the fields mapped in the recipe. The three inventory items will be moved from Box into Salesforce as products. 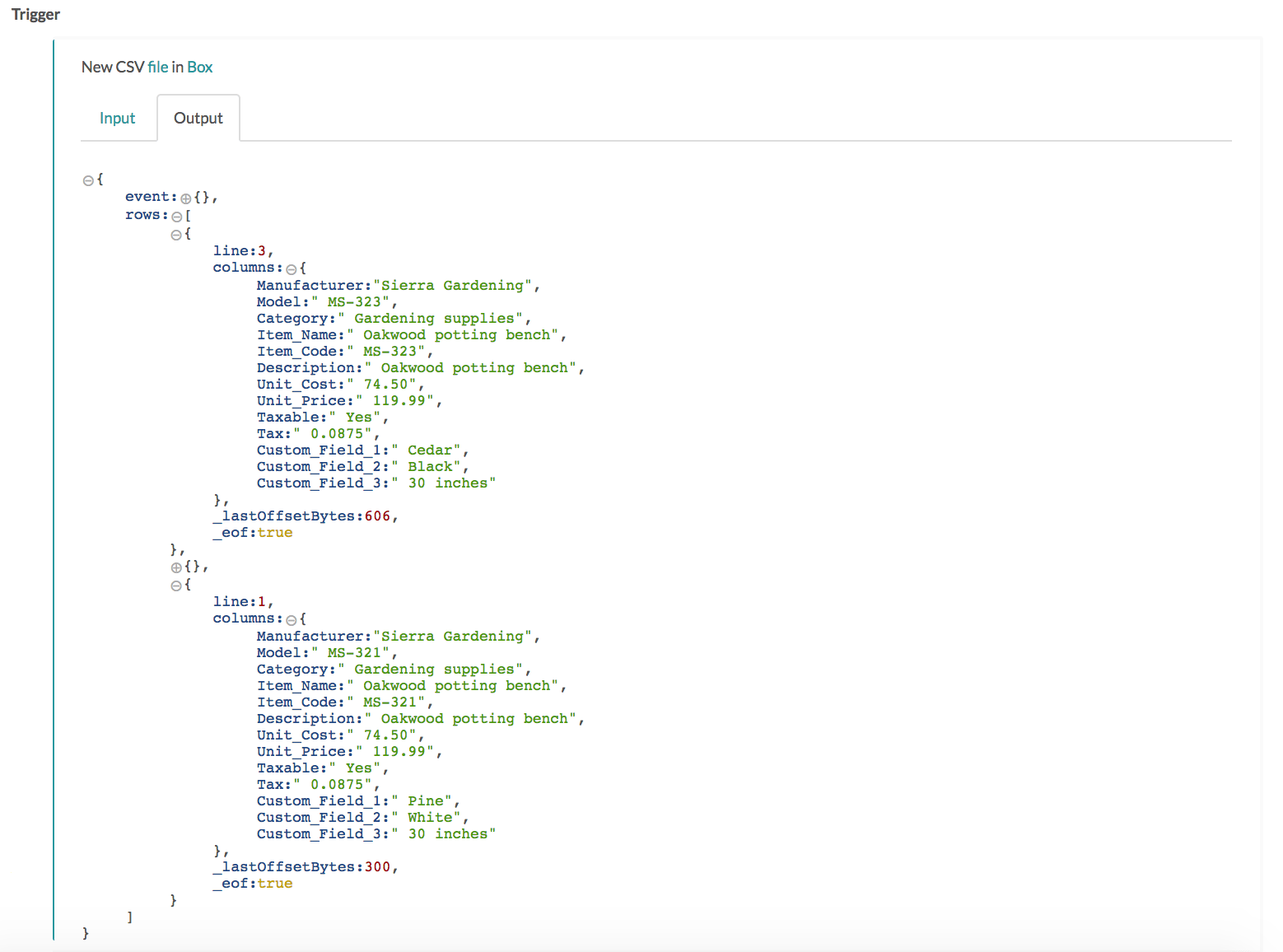 The action output in the job history shows that three products have been created accordingly in Salesforce.

You can also raise throughput even further by increasing recipe concurrency. This means Workato will run multiple jobs at the same time, instead of running them one by one.

The following pictures show how to enable concurrency in a Workato recipe, and how batching & concurrency work together. 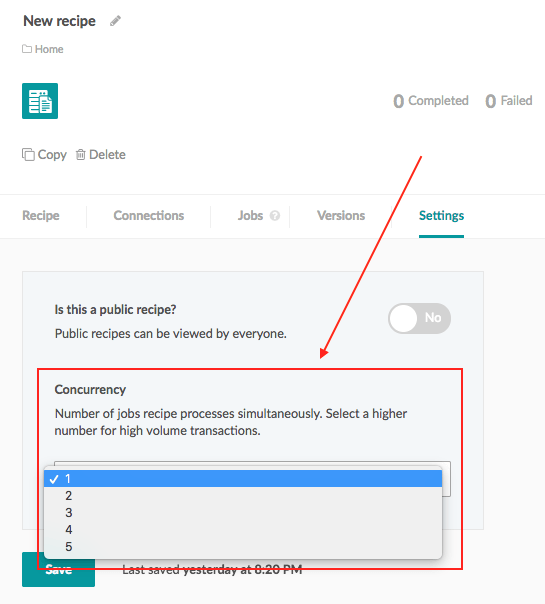 Setup concurrency in a Workato recipe 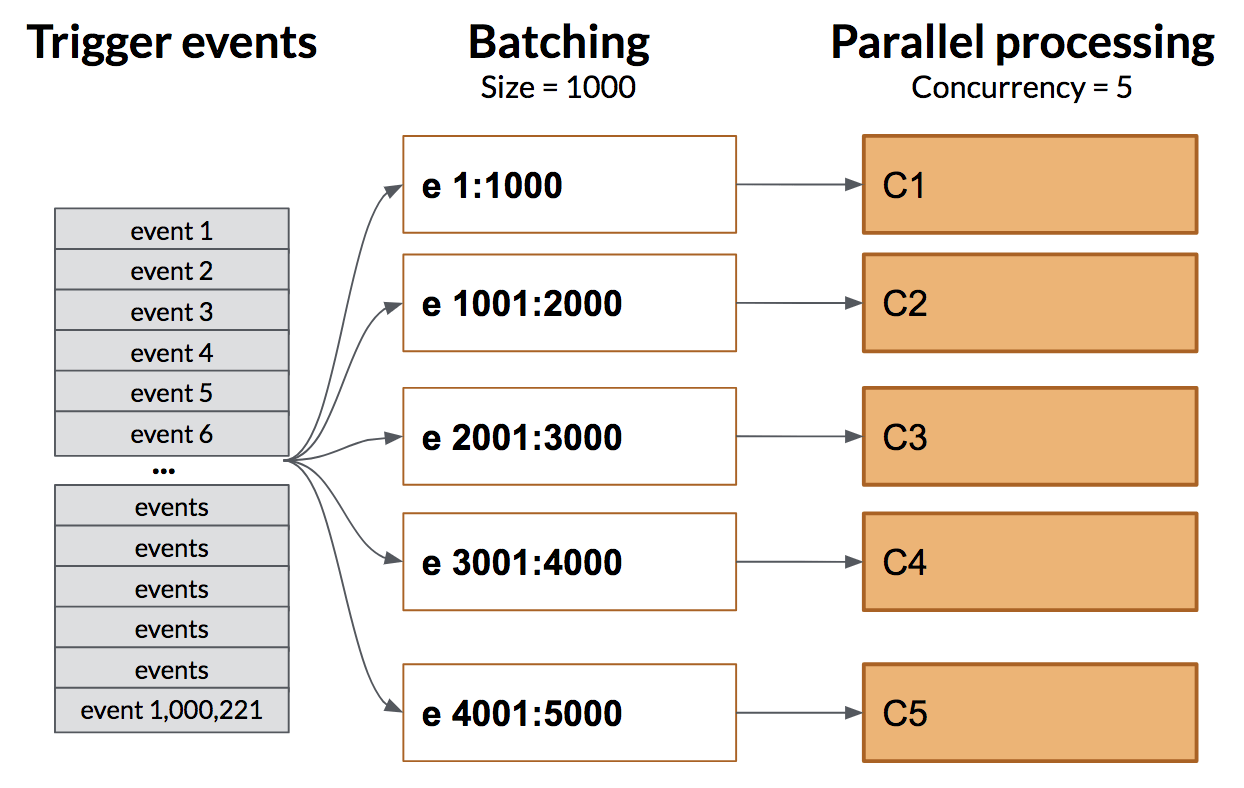