Workbot commands require specific keywords to trigger. This unique language needs to be communicated and picked up by users to execute Workbot commands successfully. Buttons allow a call to action to be performed in one click, allowing the user to quickly decide what they want, without having to remember additional Workbot commands.

Buttons use button clicks to trigger another recipe or workflow

To ensure a good conversational interface, keep the number of buttons less than 5.

# Anatomy of a button

The following table shows what goes into the button fields:

When a button is clicked, it triggers another recipe and passes onto it any command input values you define in the button fields.

For example, in the button fields below, where:

This posts the button (along with 3 other buttons 'High', 'Low' and 'Lowest') to the user like so:

When clicked, the button triggers the following recipe: 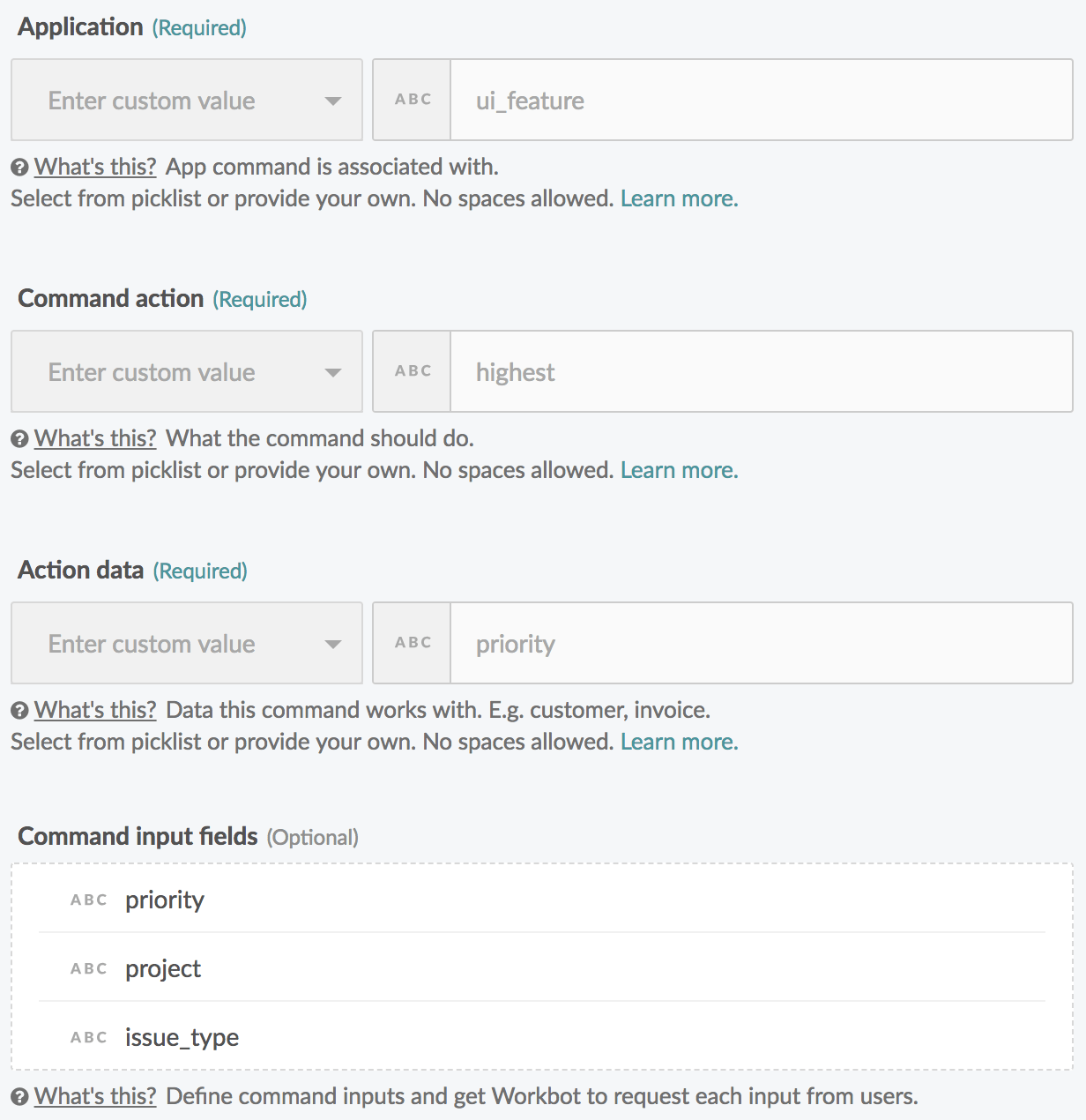 The recipe triggered by the button

Notice that the command trigger ui_feature highest priority of the triggered recipe matches the Submit button command of the button.

Buttons can also be generated dynamically using a list datapill (for more information on lists, see the list management guide)

From the button fields, select the horizontal ellipsis on the top-right and choose 'Dynamic List'. This should bring up the dynamic buttons fields.

The following table shows what goes into the dynamic buttons fields:

In the example below, the user wants to update a Salesforce 'Direct Customer' account by clicking on a button associated with that account. As this list changes every day, a static list of buttons wouldn't work. In the dynamic button fields below, where: