You can perform actions in your apps (for example, creating new Github issues, listing Salesforce opportunities) by sending Workbot commands from within Workplace. 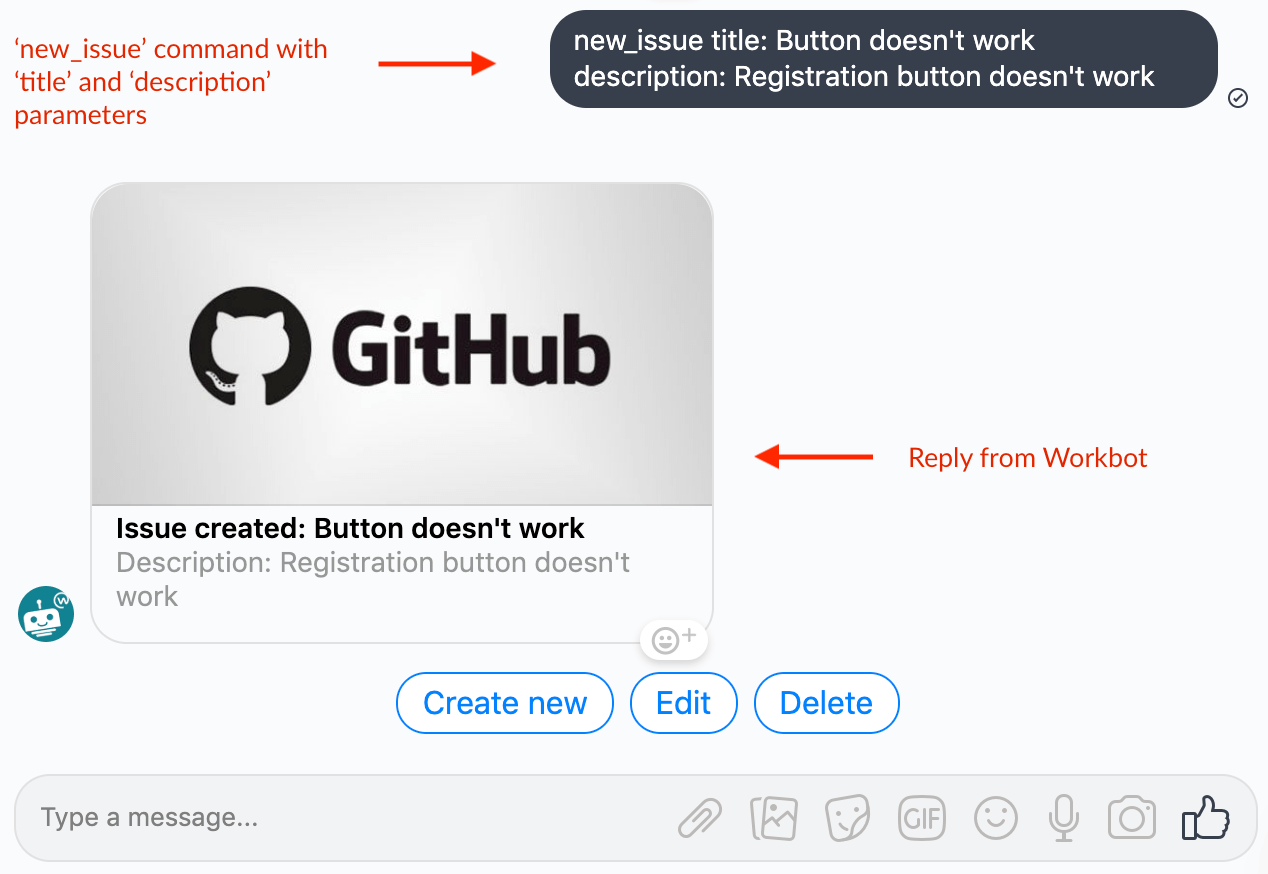 Sending a 'newissue' command with additional parameters in Workplace, then receiving a post reply 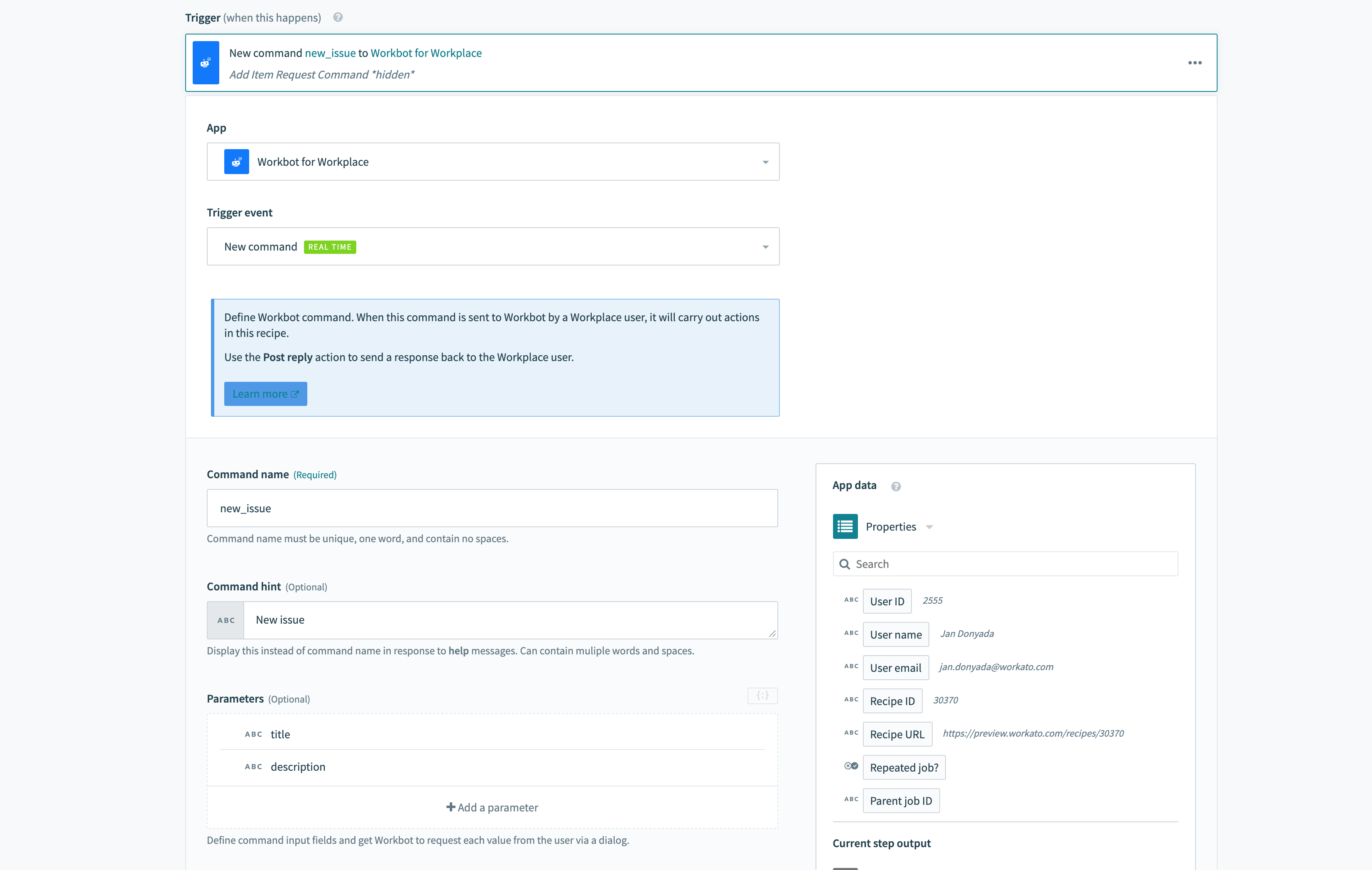 Example 'newissue' command in a recipe

If you get stuck, you can always send the help command to Workbot. Workbot will respond with the list of commands available to you.

Workbot commands can be invoked in 2 distinct ways:

Commands can also prompt users for additional parameters. For example, to create a new Github ticket, the user should provide the title and description of the incident. In this case, you can add 2 parameters; title & description. When the command is invoked, Workbot will prompt the user for each parameter. 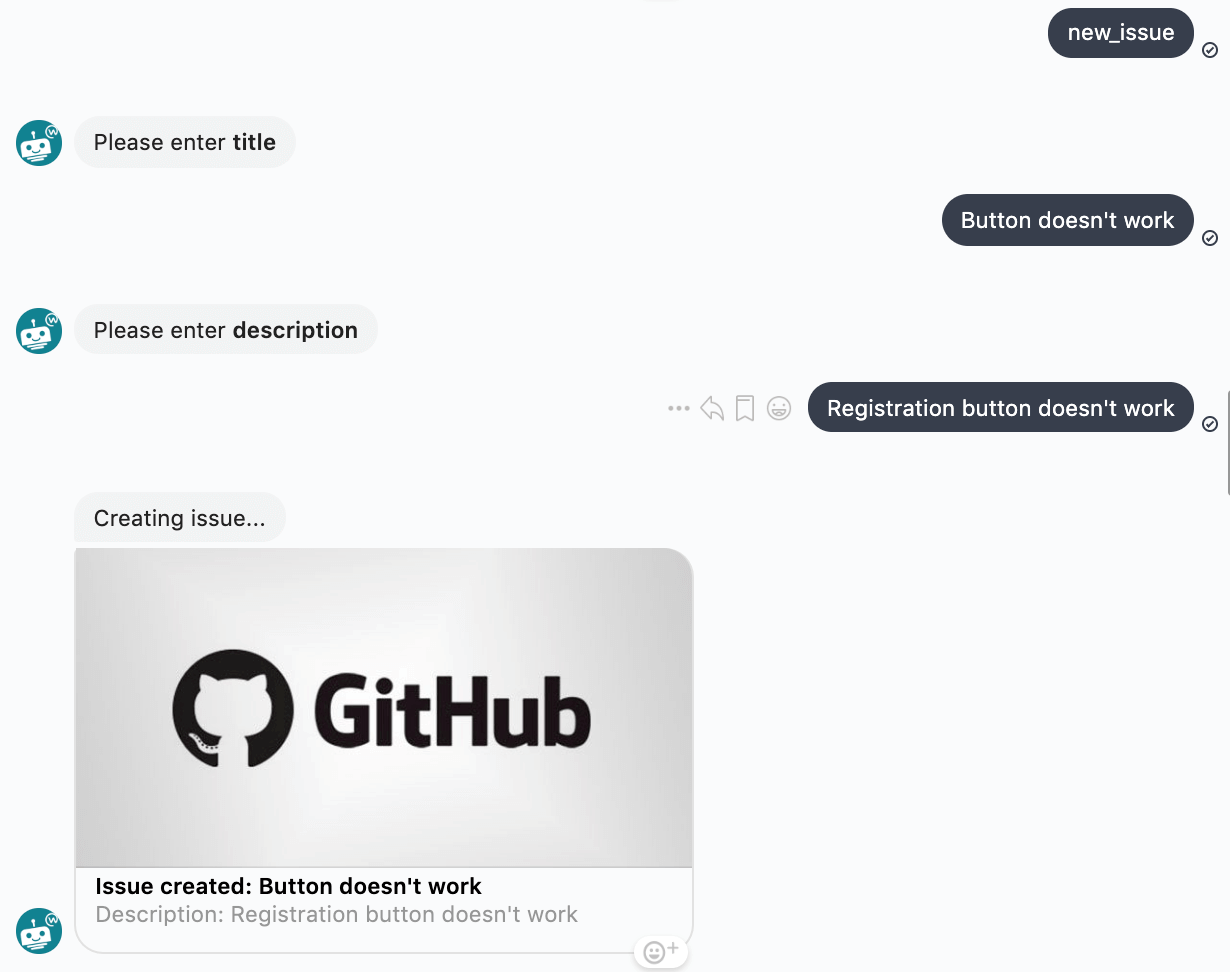 Workbot can also be used to notify you when any events occur in your apps. This can be done via the Post message action. 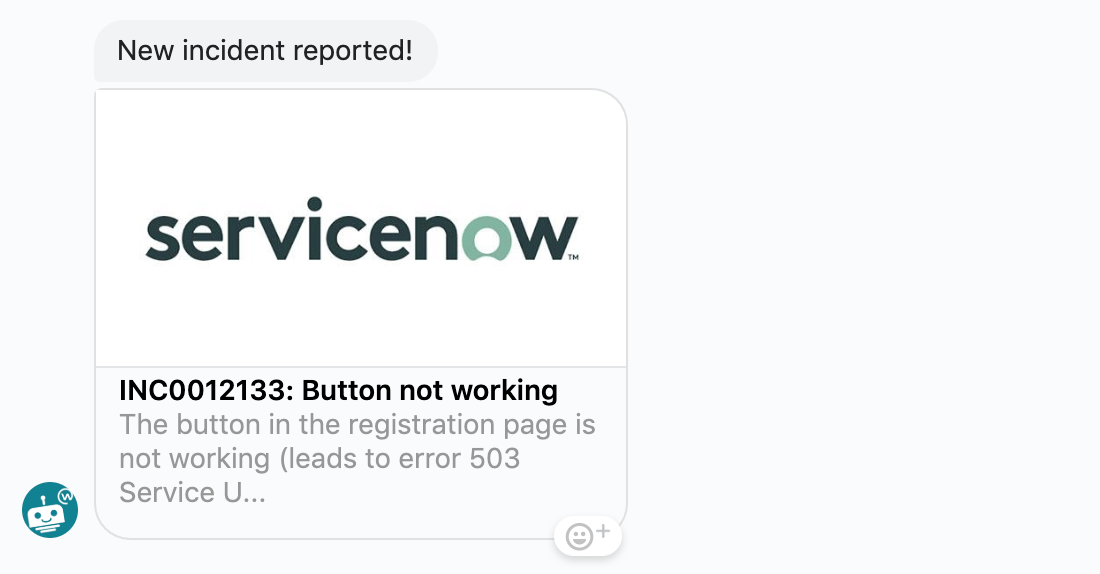 To learn more about how the Post message action works, see Workbot actions.

← Workbot Setup
Triggers →
On this page