Jobs may encounter errors when trying to fetch trigger events, or when trying to carry out an action. This article briefly explains trigger errors and actions errors, and covers Workato's error notification policy and how it handles recipes that run into consecutive errors.

When a trigger error is met, the recipe will surface a trigger warning, but continue to poll for trigger events. No failed jobs will be reflected on the jobs report, because no jobs were created - the recipe was unable to even retrieve any trigger events to be processed.

In the following case, a trigger warning was raised because the schema recorded in the recipe did not match the schema in the app. The warning suggests refreshing the schema as a way to resolve the trigger error, and further details of the error can be seen when expanded.

When the recipe has encountered 60 trigger errors, it will be stopped by Workato automatically under the assumption that there's a critical, non-transient error with the trigger configuration or connection that needs to be fixed.

Recipe stopped due to 60 trigger errors

An email notification will be sent to the Workato account owner when a recipe is stopped due to 60 trigger errors.

Action errors occur when the recipe tries to carry out an action (create a new lead record or search for a specific account in Salesforce) and fails to do so. Actions might fail in the following cases:

In cases of action errors, the Input tab shows the data passed into the action, while the Output tab usually shows the error message. You can usually figure out what's wrong by checking the data in the input tab. 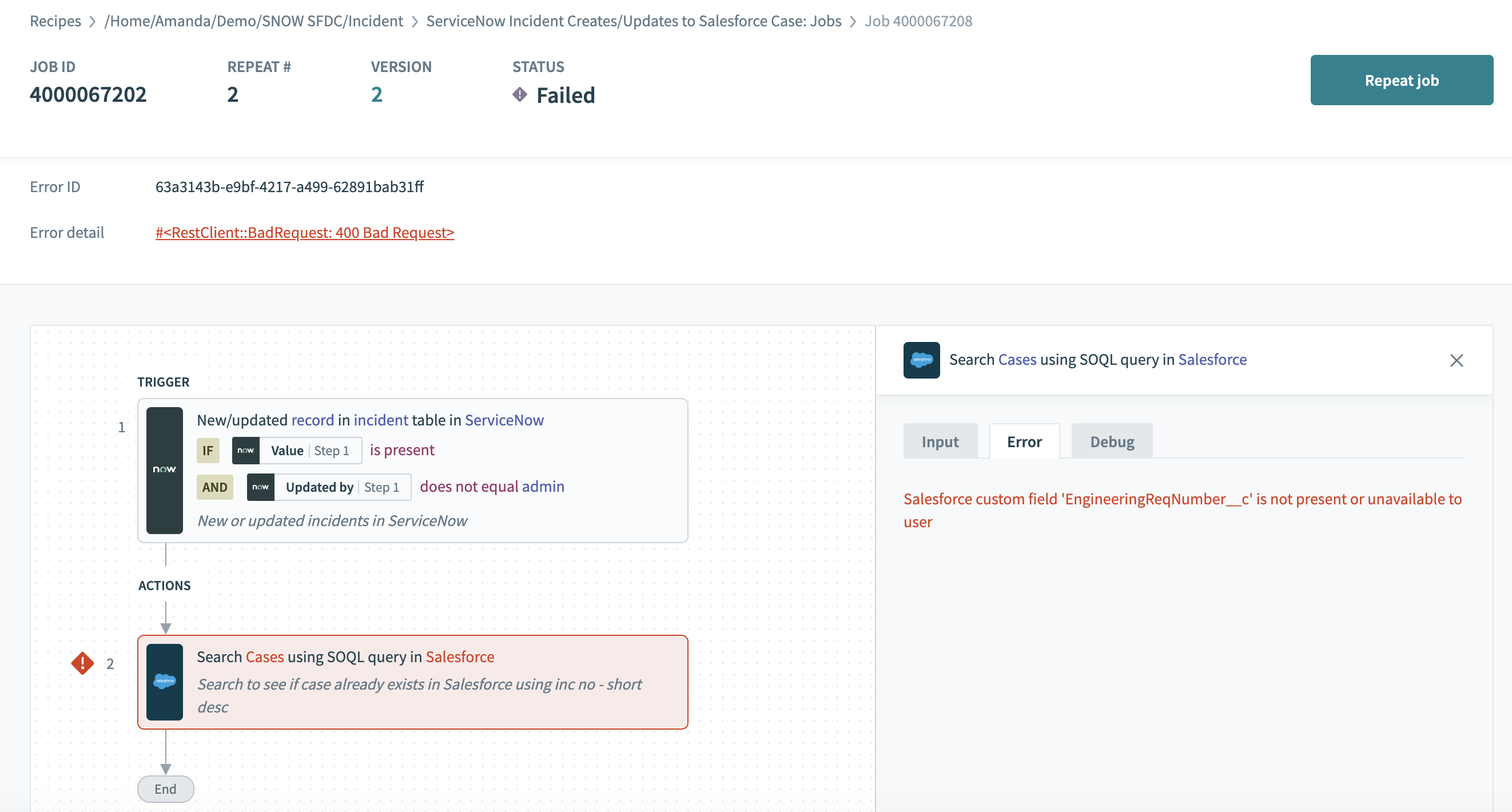 When the recipe encounters 5 successive action errors that are identified by Workato as an unauthorized error, rate limit error or schema error, the recipe will be stopped by Workato automatically under the assumption that there's a critical, non-transient error with the action configuration or connection that needs to be fixed.

There are certain rules that determine when an email is sent: By default, the error notifications are always sent only to the Workato account owner. But if you have a team or consultants monitoring the integrations for you, you can always add their emails to be notified as well.

You can do so by going to Account settings > Email notifications and editing the Error notifications field. Add multiple emails by using comma as a separator. 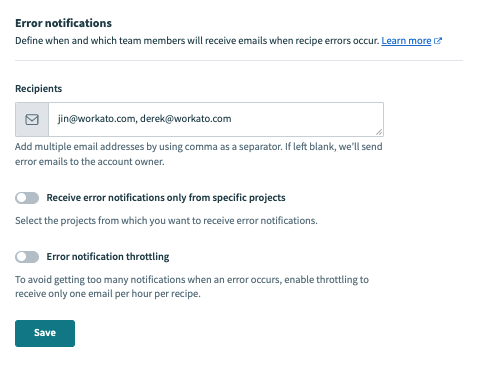 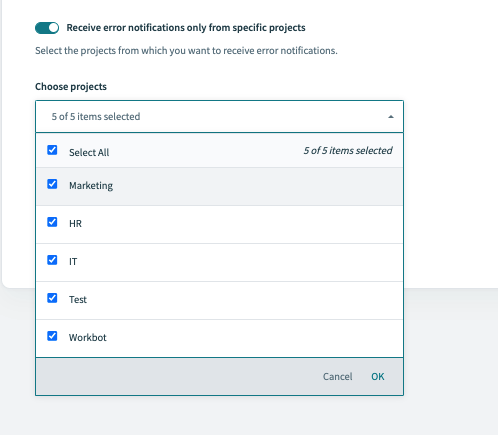