Recipe Design
After you create your recipe
Optimizing Task Usage

A task is a unit of work that occurs every time a recipe performs an action that requires compute resources. Every time a recipe invokes an action provided by a connector counts as one task. This includes actions done with all connectors, including Workato tools (eg. Lookup tables, Variables by Workato).

A recipe job may consist of multiple tasks. The number of tasks executed in a job depends on the data of the specific trigger event and the recipe logic.

To find more information on where to find the number of tasks done in your Workato account, read on here.

In general, all successfully run actions in a job are counted as tasks and failed actions are not counted.

Steps in a recipe with all the following apps are counted as tasks:

The following table shows a breakdown of how tasks are counted with the different recipe steps:

All tasks done in rerun jobs are counted as tasks.

The examples for how tasks may be counted in recipes are as follows: 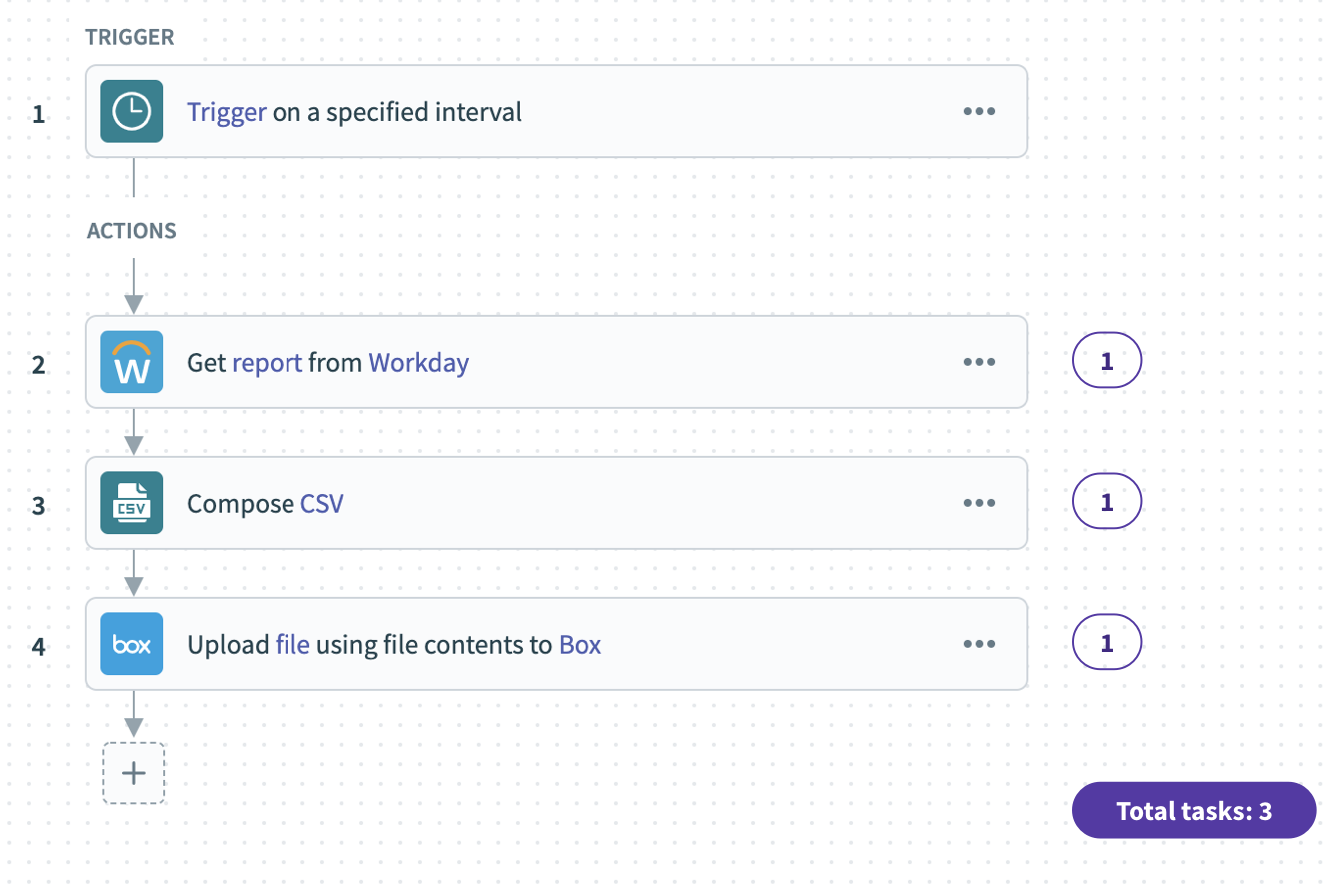 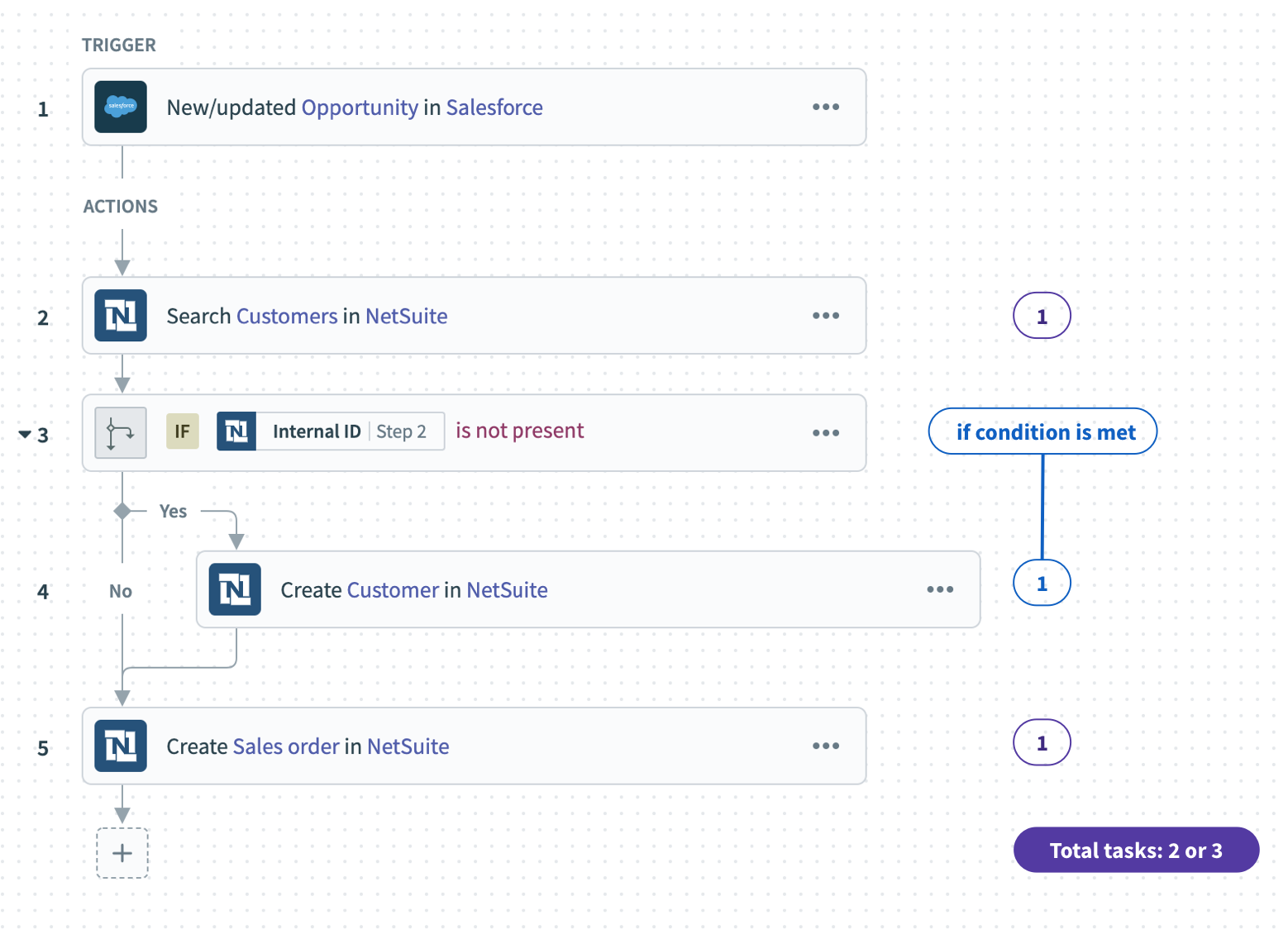 Total Tasks per job = 2 or 3, depending on whether the condition in the recipe is met. 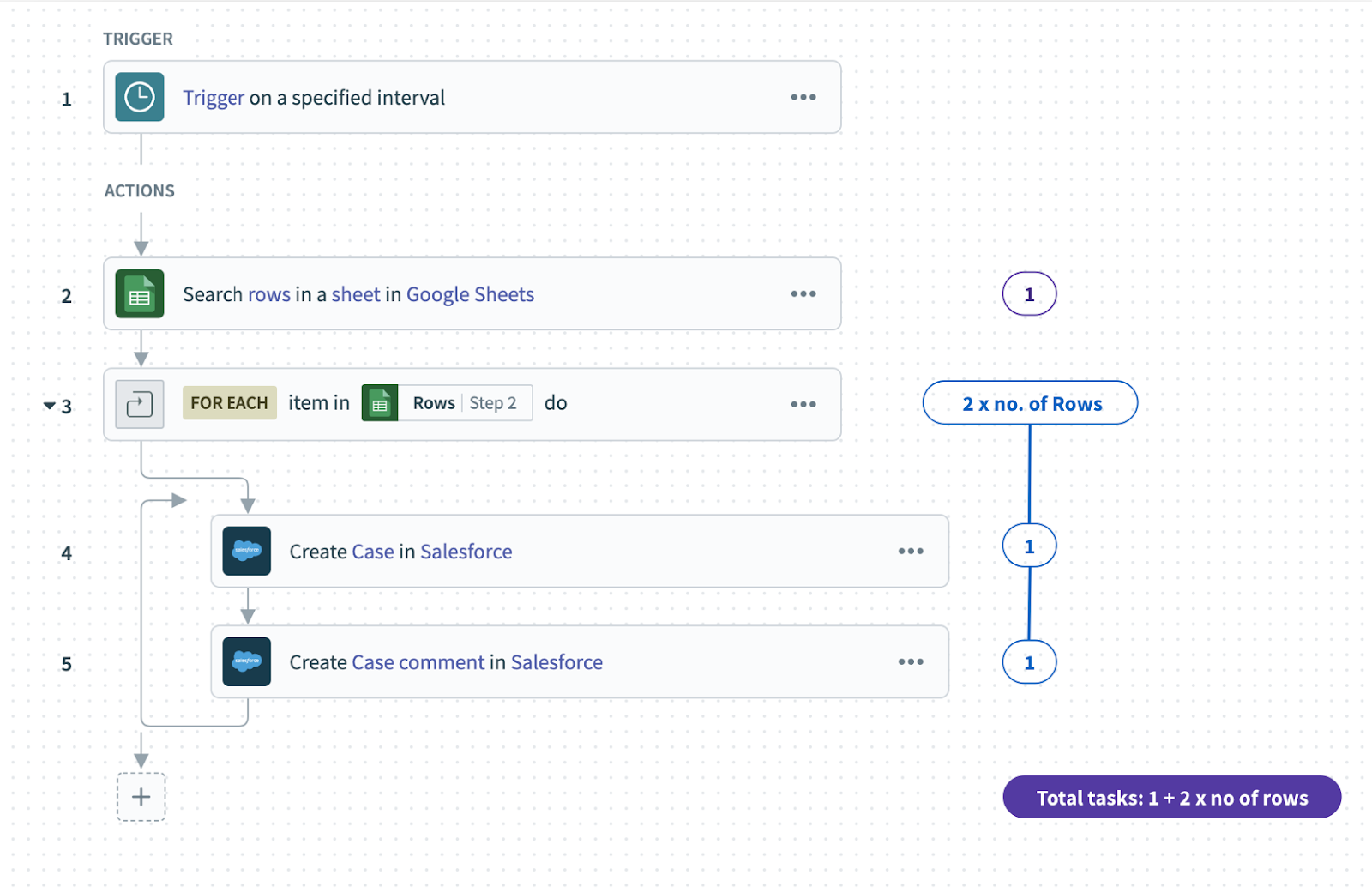 Eg. If the number of rows in the ‘Repeat action’ is 5 then the total is 11 tasks.

Recipe with a bulk action

1 task is done per bulk action, no matter how many rows are processed. 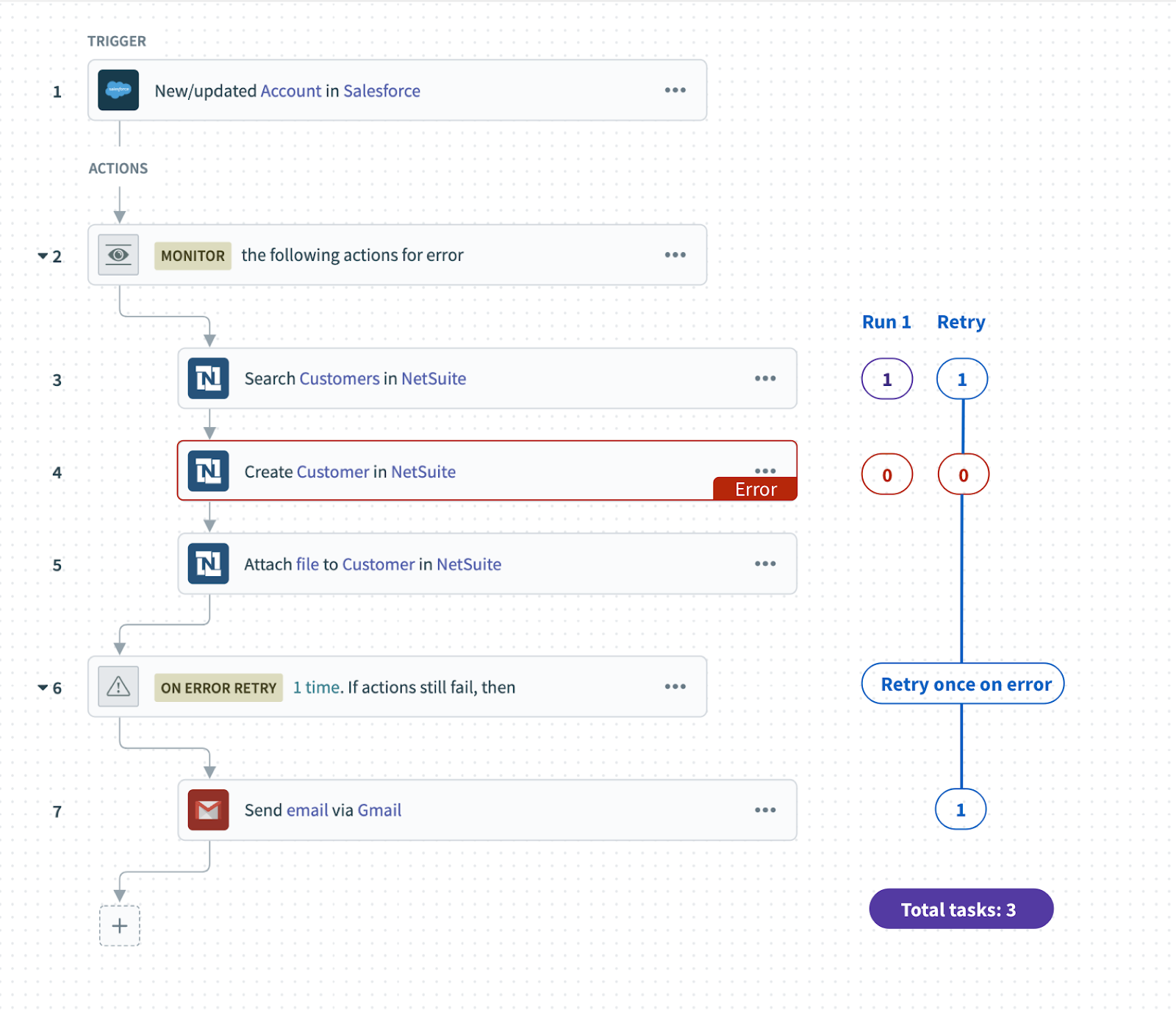 In the example above, the recipe fails on the 4th step 'Create customer in NetSuite'. Here the error retry step will attempt to retry steps 3, 4, and 5.

Specify how you want to respond to an error. You may retry the action block up to a maximum of 3 re-tries. Learn more about Actions with error handling.

In this example, the retry fails and the recipe executes the 'On error' step (step 7), 'Send email via Gmail'. Since step 3 was execute twice, there are 2 counts of this task. Step 7 is also counted as a task.

Otherwise if the action block succeeds on the second try, steps 3, 4, and 5 are counted as Tasks. Since step 3 was execute twice, there are 2 counts of this task.